Is there still room to roam or are we near the end of my EURUSD long journey? 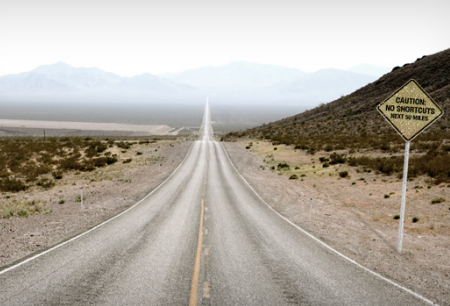 Back in early December 2016 I started buying EURUSD for the long haul. It became increasingly apparent that the ECB could no longer ignore the fundamentals in both the economy and inflation, and that the Fed hike expectation trade was coming to an end. 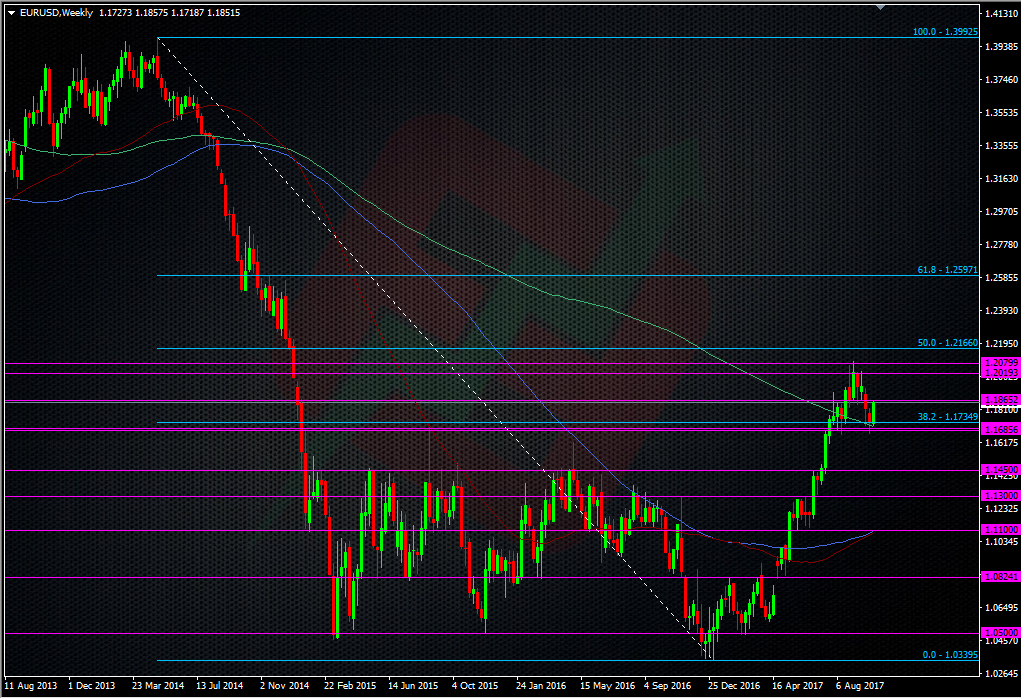 I started taking a position at 1.0656 and over the course of December, and I built up longs down to 1.0350. There were several big levels to factor in during this journey, the first of which being around 1.0500. This was a big level as it was acting as a key pivot point. Stay above and I was happy. Move below and that kept all the calls for parity sounding loudly, and my nerves on edge. It was my first battle with the strategy.

The next level above was around 1.0800/30, which had been a very strong S&R level going back to early 2015. This one gave me a lot to think about as the trade was still fairly new and I had a decent margin under my belt. I deliberated taking a bit off on the first failure and wondered whether I’d been stupid to miss a trick as we headed back down towards 1.0500. 1.0500 held well again and we went back to 1.0800. This time I kept my discipline and was quick to take profit on a small percentage of the position at 1.0775, when we once again failed to cement a break higher. Back we went towards 1.0500 again and the support stepped up to the plate once more, well ahead of 1.0500. That was a strong bullish signal that the buyers we’re stepping things up and so I added to the position at 1.0583 as we came back up. Third time was the charm for 1.08 and off we went towards the psychological 1.100, breaking that and another strong resistance level around 1.1300. We then fell into a short-term consolidation period between those two big figures, and it was another wait and see moment. 1.13 came ahead of an even bigger level around 1.1400-1.1500 and I didn’t think twice this time about taking more profit as we broke 1.1300 and headed up. I took some off at 1.1365 just as a psychological boost that I’d hit 1000 pips.

Despite being a very big looking level, it wasn’t that long before it was taken out as inflation gained and the market started getting expectant on the ECB and bullish on Europe. Soon we were sailing into 1.1800 and now all eyes were on the big 1.20, a level that seemed impossible only a few months before. I held off taking further profit into 1.20 on the first go but took some in the second run at 1.2016, leaving me with around 3/5ths of my original position. And here we are today.

Now, that summary may seem like it was a breeze to trade but that couldn’t be further from the truth. At each of those levels on the way up I went through ever emotion that we all go through when sitting in trades. I questioned whether my strat was still good, was the price action in my favour, should I have taken profit when an upside level held, should I have added more positions, how much further could this go? You name, I thought about it, and I’m still thinking about it now. Is 1.20 the top? Should I have closed all the position up there? ….on and on go the questions that go through my head each and every day.

Where am I at now?

You’ve had the history so now to talk about what happens from here. The chart above is pretty straight forward and I’ve been offering analysis recently on the shorter-term moves. We’re firmly in a 1.17-1.20 range with the big figures playing around inside of that. We’ve had a couple of tests of the lower end recently so it remains to be seen whether we now get a test back higher. Certainly, today it seems the selling pressure has eased and buyers are stretching their legs. Through these various periods of consolidation and ranging, I tend to switch to jobbing mode, and I’ll trade the tech both long and short as I see fit on a shorter-term basis while my overall longs sit in my desk draw. Fortunately, the jobbing has been going well (on EUR and other currencies) and has helped pay for a lot of the swap and whatnot on my longs and there are some decent levels to trade.

So, what happens next? The market has finally come around to honing its expectations for the ECB and Europe. Through this year we’ve been trading the expectation of what the ECB might do. The market has a fair idea of what to expect and that’s why we’re going sideways. This all comes as the US dollar has consolidated too over the Fed and US taxes and Trump. The key for me is how much further upside is possible on what the ECB announce this month, (or Dec). If the market’s expectations align with the ECB’s actions, then I believe there’s very little more upside to be had in the short-term but I’m doubtful that we go much higher than 1.20, and if we do it’s not for long. However, I actually think the market is underestimating the ECB’s ability to deliver a very dovish taper. As I’ve mentioned previously, market expectation is for a roughly a €20bn cut and a 6-9 month extension. I think the numbers touted are ok but they’ll go another year. In real terms the time doesn’t matter as they can react to any heating up of the economy or inflation well before the end date but putting a long timestamp on it allows them to keep the gradual tone. On all this, I’m actually expecting to see the euro fall when the ECB announce their plans and that’s a dip I’m looking to load up on. We’re far from the end of this ECB story and they want out of QE and rates up as desperately as the Fed do. That hasn’t changed and that’s been a huge part of my strategy, and it remains firmly in place.

What I expect to happen is we get a decent dip, maybe down to the 1.15 area into and over the new year, and then we switch back to data watching, to see how the next taper will go down. If inflation and the economy heats up, we’ll start getting the expectation trade ramping up again and that will put the euro in bid mode once more. If the fundamentals don’t play ball then there could be further trouble and it might be time for me to take another big chunk, or all of my longs off, and look to see what happens next.

The long and short of it is that I’m happy with the position right now and while we hold this range, we’ll tread water into the next ECB meetings or until it becomes perfectly clear what they are going to be doing.

As usual, I’ll be following all the news and moves and updating you with my thoughts on both the short and long-term outlook for my trades and the euro.

What I’d also like to do is hear from any other traders who got in on this run and how you coped through all these months, and what you see for the future. Let me know in the comments.