We’re going to finish up unchanged aren’t we?

And so we head towards the weekend and after all the fun and games, most pairs are nearly slap bang where they started the day. It’s been an up and down day and plenty of opportunities to trade both ways. You’d have to be crazy not to make money on these moves *cough..USDJPY..cough* 😉 But, in all seriousness, what does that tell us?

It tells me that the market is pretty balanced at the moment. Take out the intraday noise and we’re still just treading water until the next big central bank moves. Or, perhaps this is further signs of normality in markets, where the levels of the current types of central bank expectancy isn’t worth 500 pips anymore.

This is another reason why I stress that we need to pick out the wider levels in markets, or the edges of firm intraday ranges, because if all the noise can’t break those levels, we’ve got a potential trade against them.

It’s not all been boomerang trading though. AUDUSD has forced itself above resistance at 0.7860/75. This rally could be cemented with a close above there. 0.7900 is the next speedhump with the 55 dma sitting just behind that at 0.7917. 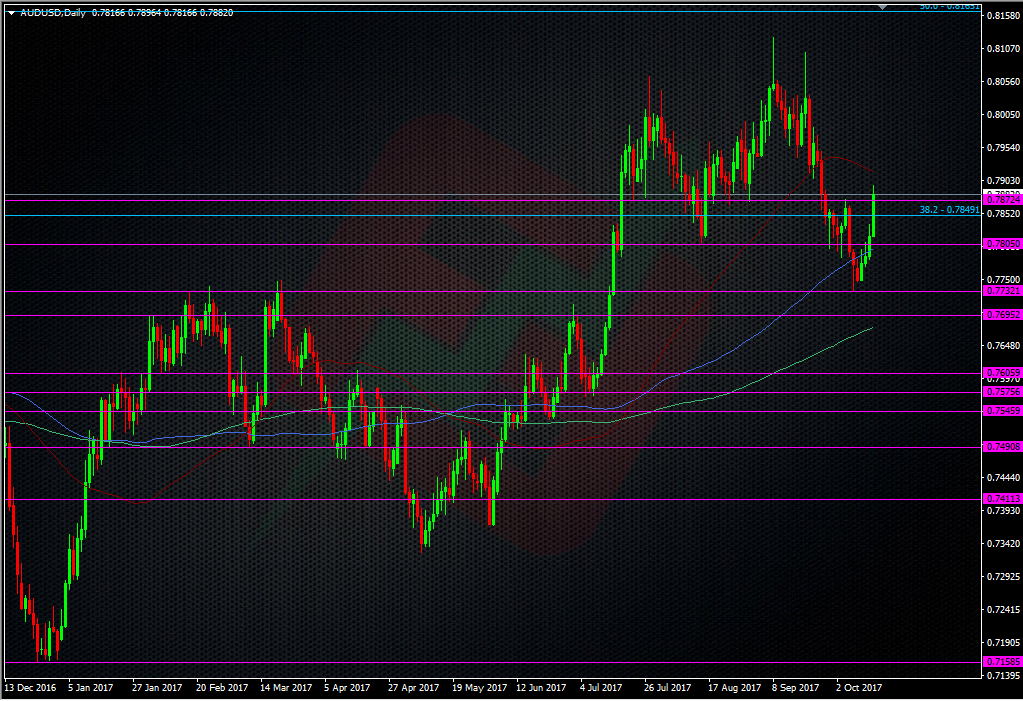 I took a small bit off my longs off in the first run up after the data, not that the position is big anyway as I was looking to build a bigger position into the 0.7760-0.7700 support. At the end of the day, I’d rather be sitting in a small winning position than a bigger losing one so I mustn’t grumble. Looking forward, I’ll want to see support building around 0.7850, 0.7820/25 and 0.7800.

So as the week grinds to a halt, we’ll see what the last central bank speakers have to say (Carney at 17.00 GMT) and then it’s pub time!!