Another week kicks off with politics leading the headlines

We’re jumping like frogs from one political scene to the next. Abe got his win yesterday and USDJPY breifly tiptoed into 114.00 after gapping higher by some 25 odd pips from Friday’s close around 113.50. It was a short but sweet trip and we’ve since fallen back down to 113.60 before stabilising at 113.75/85. The win was expected and that was signified by the small pop and subsequent failure. We’ll switch back to US bond watching and what happens in the US pretty quickly.

What the win does do is cement the continuation of Abe’s plans and the BOJ to keep doing what it’s doing for now.

Spain is in a less happier place politically, and I think we’re going to see the market cranking up its risk pricing. The market may feel calmed that Rajoy has the power to impose law and order on the Catalan region but this situation could turn nasty at any time. According to El Mondo, one of the pro-independence parties (CUP) has supposedly called for “mass civil disobedience in Catalonia”. We all hope that doesn’t happen but this is a very flammable situation. As I type, the Catalan parliament has said it will meet on Thursday to decide on a response to the call for direct rule from Madrid.

EURUSD has continued its drift downwards from Friday and we’re approaching the important 1.1700/1.1690 area. 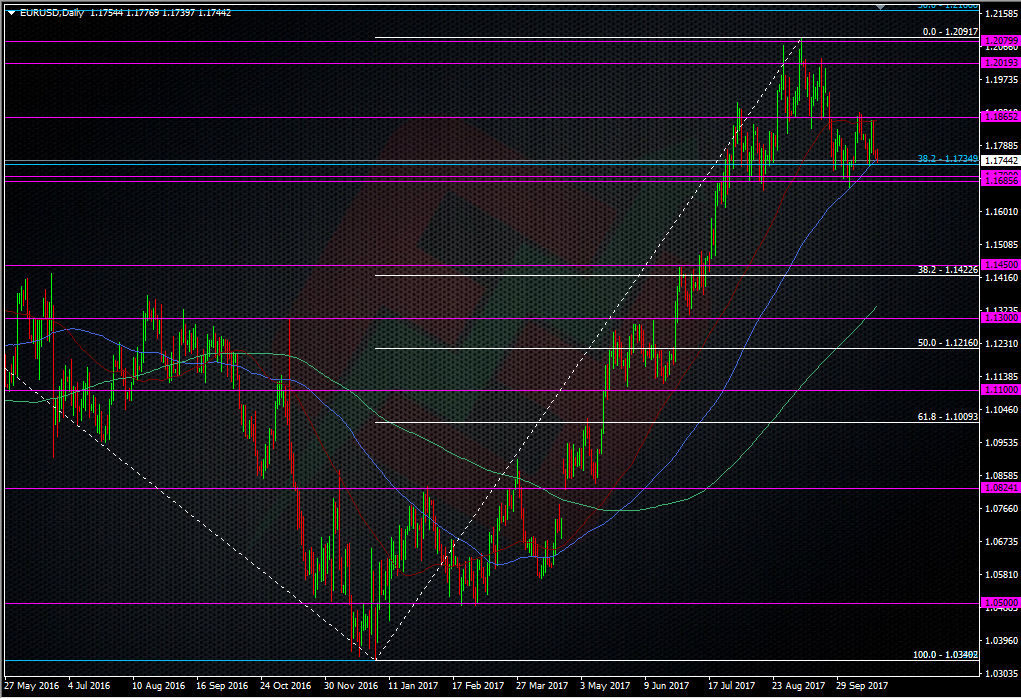 Once again we’re going to be open to headline risk concerning Spain and we’ll be ramping up on expectations about the ECB meeting on Thursday.

I hope you all have a great week.