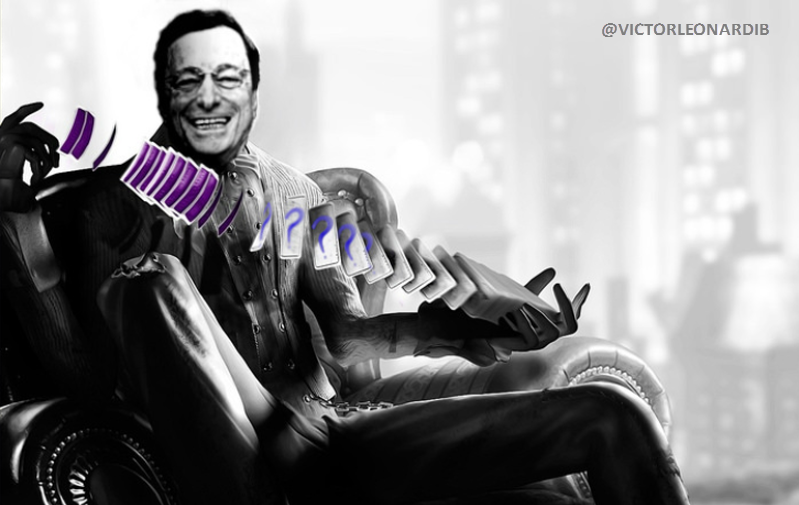 On Thursday, the ECB are expected to announce how they will next approach a change in monetary policy. This is one of those events where the Euro will move on how close the expectations match the outcome. Let’s start by looking at the expectations.

Generally, expectations range in the region of a €15-€30bn taper in QE, and between a 6-9 month extension. That’s the markets thinking, and that’s one of the reasons why EURUSD is treading water where it is right now, because the market has pretty much priced in that scenario.

How will the Euro move when we get the details?

I’ll be using a €20bn taper as my yardstick. A cut less than €20bn = bearish, more than = bullish and on the nose = neutral to mildly bearish.

I’ve been thinking long and hard about this and I just cannot see a reason why they would go as short as 6 months, when every step they’ve taken so far has been long and drawn out. For one, any news that they are going to taper again quickly will send the euro into orbit, and they won’t want to do that. Draghi and the ECB are all about keeping feet on the ground. They can’t do anything about the euro appreciating due to natural causes, like higher inflation and a better economy but they certainly won’t light any fuses that will unnaturally kick it higher. They’ve already started jawboning about watching the currency effect so we know they’re worried about market expectations about monetary policy taking the euro higher. With that in mind, I think they will go for a 12 month extension because in the grand scheme of things, going longer doesn’t matter, as they can always cut it shorter if the economy and inflation gives them a reason too. If they go longer, they can cut the date back without an issue but if they go short, they won’t be able to go longer after 2 or 3 months as that will spook the market hard.

We’ve got two items that can either line up the same way, (time and money) or go against each other in various permutations. Here’s how various situations might pan out;

Less than 20bn taper plus;

More than 20bn plus;

There’s obviously many more choices to we can look at but we can’t get tied up in fine detail when trading, so taking as close to a mid-line as possible and working from that has always suited me well. My choice would be to look for a 20bn cut and 12m extension.

The big fly in all this ointment is how it’s all delivered, and again, don’t expect the ECB to be hawkish about that. I’ve no doubt that whatever they say, it will be dumbed down as much as possible with talk about things like how they’ll possibly continue re-investment of QE (which will keep a huge amount of accommodation in place). I’m pretty sure we won’t get any more chatter on how they’ll actually exit QE as we’re not close to that time yet. Expect them to give any hawkish news with one hand and deliver a dovish counter with the other. There is also another risk in play, and that’s that they keep some information held back until Dec. When the ECB want to punt they use the phrase that their ‘technical teams are working on the mechanics’. It’s bullcrap and just a way of buying more time. They have set us up for this meeting but there is a risk they’ll hold somethings back and the market won’t be expecting that, and thus that will have a negative impact on the euro.

What price levels should we watch?

I always go to a wide view for picking levels over big events. 1.20 is the obvious level above, and while 1.1700 has been strong support, it won’t stand for anything if the ECB are dovish or disappointing, and we’re close to there come Thursday. The bigger level to watch will be around 1.15, and the old 1.1450 resistance we can track back to early 2015. 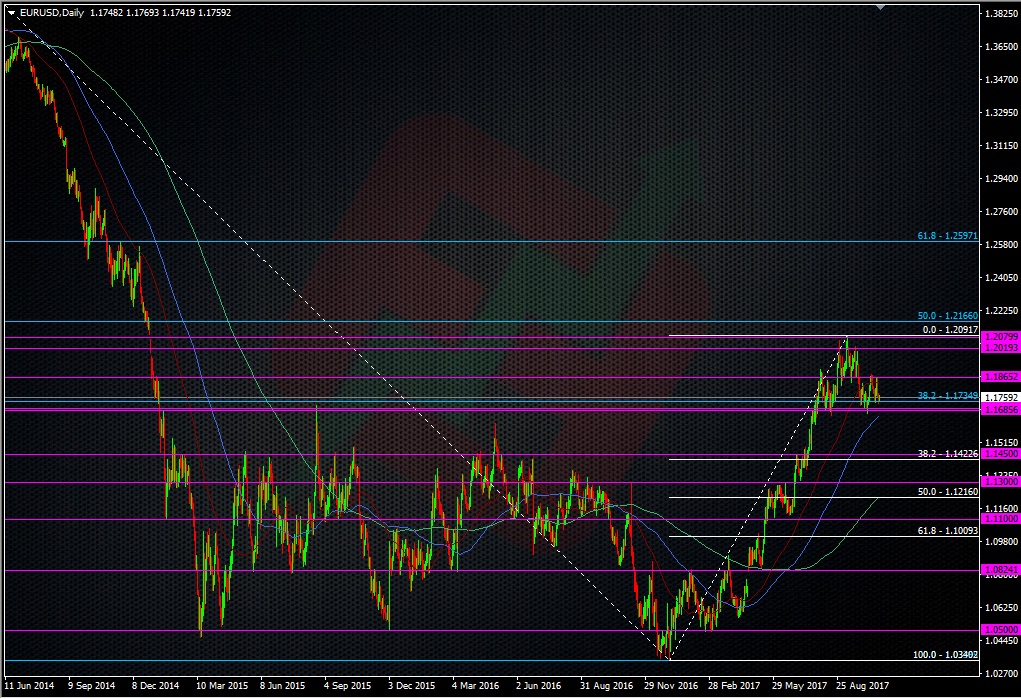 It would take a very dovish or disappointing outcome to get us down to the 1.15 area just on the headlines on Thursday but that level might be achievable over the following sessions as the market chops their expectations and starts recalculating the policy divergence expectation between the US and EZ. If that happens the 1.15 area could be a key level, and it will be one I’ll look at to re-add  to my overall long position. I’ll be worried if it breaks down and head towards 1.1400 though, which will be a line in the sand for me.

For the upside, how we perform on any test into 1.20 (should we get one) will also be key. Any signs of struggling to hit those highs and we face staying stuck in the 1.17-1.20 range. Any breaks will need to be held as a failure will also put us back into consolidation. If anything, 1.19 will be a decent test well ahead of anything towards 1.20, so that will also be a possible area to lean on for both longs who catch a pop, and shorts to get in anew.

The above scenario moves are for any big news and decisions, in effect they’re for extreme and worst/best case scenarios. If the market is pretty much spot on with its expectations then after the dust has settled, expect the euro to settle back into the range and quickly switch to trading the US/Fed side of things again.

As ever, if you can’t grab an early trade on the first headlines, look at the wider levels you highlight on your charts and trade them accordingly. We’re due a lot of noise over this, which is why we also have to keep a simplistic view of the long-game, and that remains that the ECB is coming to the end of its extraordinary policy measures, and all we’re really arguing over is the clock.

Let us know what you think the ECB will do via this poll, and also feel free to share your views in the comments.