EURUSD is down but not out of the game

The euro’s tumble since the ECB has shown that there’s still plenty of buying support cushioning the falls. I expected more a faster washout as the 1.1685/1.1700 level broke but it’s been quite a calm move. 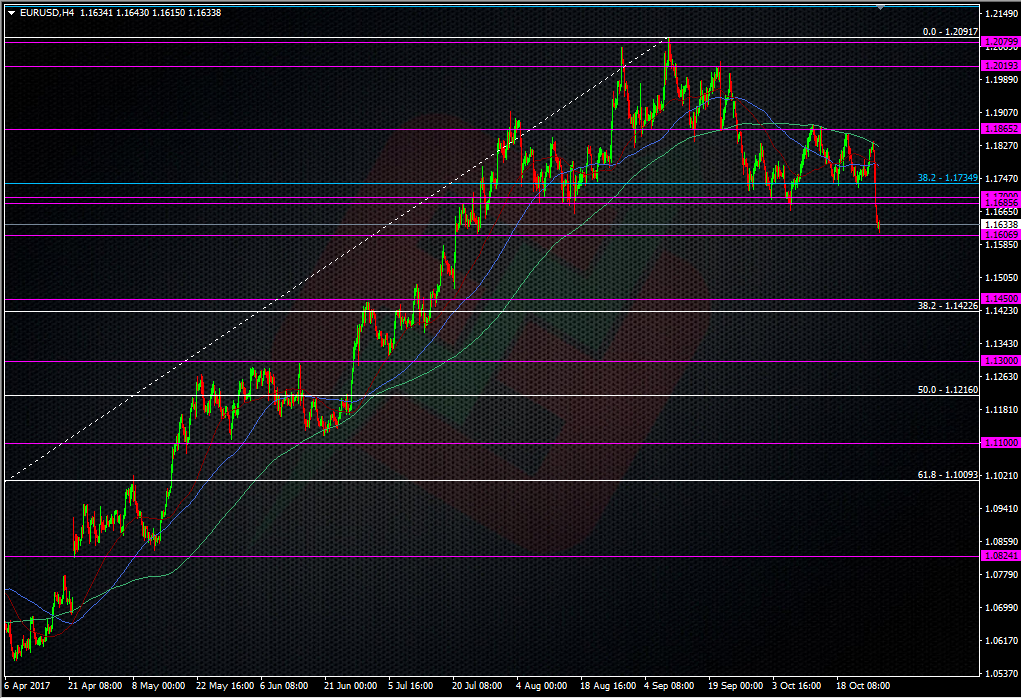 For now, we’ve found a bottom around 1.1620, just above the late July low, which in itself was protecting the break up through 1.1600. There’s a prior resistance top to that move at 1.1585, so expect there to be some support near there too.

Now that we’ve passed the ECB, I’ve had time to sleep on the news and think about my long position, and my strategy. I think that there’s a high chance that we’ll see some decent USD strength as the focus switches firmly to the US and today’s Q3 GDP, the Fed, taxes and everything else. This euro picture seems to be one where the price was holding up at the levels it was just to see what the ECB would do, and now they’ve acted, there’s no more reason to buy it. That may sound a tad hindsight-ish but there’s a difference between hindsight and reflection, which is what I’m doing regarding my position.

Overall, the ECB are coming to and end of QE one way or another but the can kick to Sep 2018 means there’s even more reliance on the data and to see more upside in the euro, the data will have to present a good case for the ECB to act sooner. That might be a bit slower than good news coming from the US so my position is at risk from seeing my profits reduce if the buck picks up.

I’m going to watch how things develop and because I’ve still got over 1000 pips of margin in the trade, I don’t need to hit the panic button. However, I’m always guided by the price action and if 1.16 breaks, I’m going to take another small sliver off just to bank some more money. I will be very interested in reloading down around the 1.1400/1.1500 area should we get there and depending on the reasons why we go there. On a more intraday basis, it could well be that rally selling is the way forward from here for a while.