Surely there’s only one oil trade for the OPEC meeting, isn’t there?

Time to gear up for trading the OPEC meeting

The OPEC meeting is right around the corner and so it’s time to look at the trading opportunities. First we’ll look at the latest news and expectations.

By and large the market is set for an extension, and the general consensus among OPEC members is that they’re going to go for 9 months. That will be tacked on to the March 2018 end-date for the current deal, taking the new one to the end of 2018. There’s also very little appetite to cut production further. Of course, there’s always some flies in the pre-meeting ointment, and none more so than Russia, who while potentially supportive of an extension, hasn’t yet fully committed to the deal, and has stated its wariness that higher prices (over $60) will support US shale producers and bring more of them online. They’ve also said they would like to delay a new deal until closer to the March end-date for this one. So, plenty of possible caveats from Russia that are going to need to be nailed down.

One of the reasons OPEC brought the cuts in in the first place was to help eat into a global oversupply but the deal has failed to bring the rewards expected. Stocks are still some 140m barrels over the 5-year average OPEC is using as its guide. While OPEC has been bullish about the future demand for oil, it’s done so while ignoring the ever present supply issues. For one, the US is pumping at record levels. Last week’s US inventories report showed the yanks production at 9.658m, the highest for decades. The US is also set to deliver 80% of the increase in oil supplies into 2025.

But remember, this whole thing came to pass because of the Saudi’s playing chicken with US shale producers that led to the price of oil collapsing. The OPEC deal is an attempt to undo the damage caused to OPEC members from that failed play.

Where does it all leave us?

For me, the whole thing has been a farce from top to bottom. The OPEC deal is merely a small plaster over a big injury. They may have moved prices higher with the deal, and eaten into some of the glut but at some point the deal is going to end, and the first thing to happen will be everyone ramping production back up again. It’s also pretty much a zero sum game with the US ploughing ahead with their production. This is one of those situations where you find it hard to justify why prices are even up at their current levels, let alone find reasons why they should go higher. Thus we must trade with our heads and not our hearts, as the old market adage states that markets can remain irrational far longer than we can remain solvent.

With the market probably very close to fully pricing in an extension of 9-12 months and maintaining production levels, it’s going to take big news to kick the price meaningfullly higher. There’s a very strong case to say we’ve had the “buy the rumour” trade and all that’s left is to “sell the fact”. That doesn’t mean there’s no risks. Any chatter that OPEC is looking at deeper cuts or a longer timeframe after 2018 could be enough to kick prices into another higher gear. If the new deal just mirrors the old deal, we’re likely to see prices drop as there will be no further expectations to trade. If OPEC punts a decision on a new deal to next year, or doesn’t extend for as long as expected, we’ll see a big knee-jerk lower. Remember also that anything the OPEC members agreee on will have to be matched by an agreement with non-OPEC members, who will also be in Vienna this week. That brings further risk if we get headlines from OPEC members agreeing a deal that then doesn’t get agreed by non-OPEC members. Life and trading is never straight forward eh?

I’ve been close to shorting oil several times in this OPEC-led run higher but picking levels and a timeframe has stayed my hand. If you’ve ever traded oil you’ll know it can be one of the most volatile markets around and you can easily find yourself 300/400/500 pips offide in a blink of an eye. I do believe this is a selling opportunity but the question is whether to jump in early or wait to see if we get a knee-jerk pop. At the moment I’m thinking about taking a very small short, with a very wide stop, just to have some skin in the game if the price doesn’t jump. I’ll also look to scale in more small shorts if the price rises before any announcement. While the tech can become virtually redundant in oil when there’s big events or news, I’m prepared to give these trades a wide arena to roam in, and that will be up towards the April 2015 area, and maybe the 50 fib of the 2014 drop. That’s a good $6-7, so a lot of ticks. That’s why my trades will be small enough to run a loss in the region of 2-3%, which is really the maximum we should look to risk on most trades. 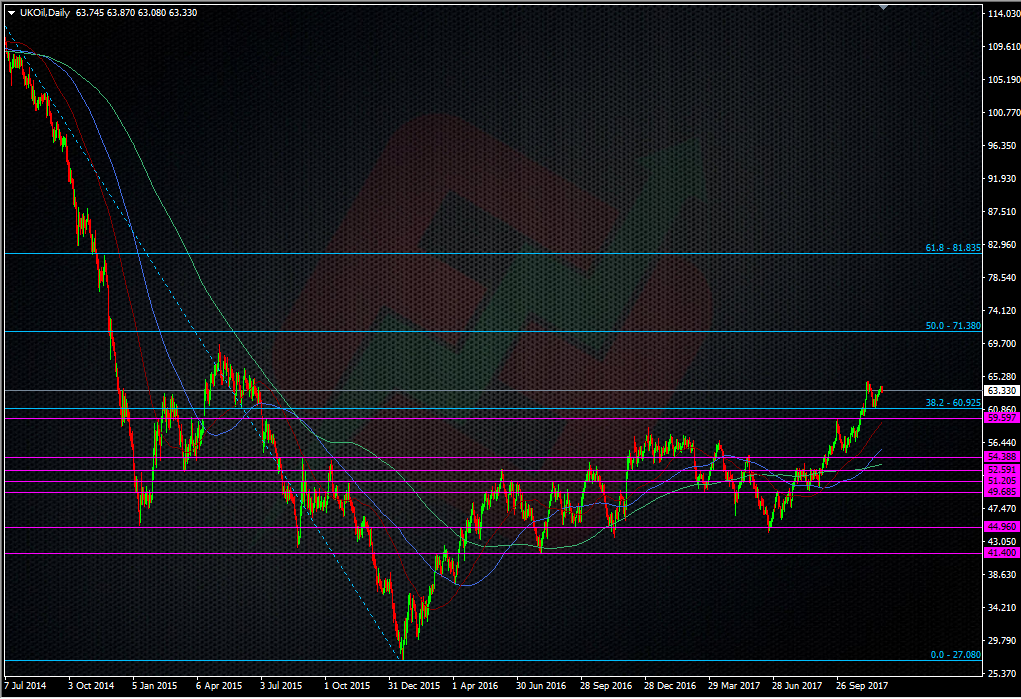 This is one of those events where we may have to be nippy and quickly adjust trades on the headlines, or else, we sit back and trade the moves afterwards. Whatever happens, it’s almost certain that we’re going to see a lot of volatility, so if you’re trading oil for the first time, you’d better be prepared.

For pure FX traders, you’ll need to keep a close eye on oil currencies and that means CAD, which is lively at the best of times. Any news that sinks the price of oil (particularly WTI) will hit CAD. That’s for a different post though, as with big Canadian data at the end of this week, and the BOC in focus next week, we could have some great opportunities there.

I also spoke to Matt Brown at Core Finance TV about the oil trade.

Good luck if you’re stepping into this ring to trade and I wish you many pips.