Juncker: It’s not been possible to reach a full agreement today 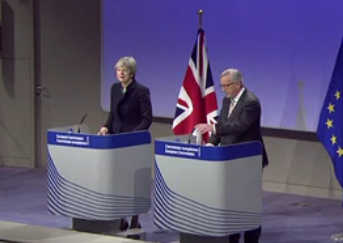 Short but sweet but not a disaster. Juncker has given a bullish statement that progress has been made and the comment that this is not a failure is telling.

GBPUSD has recovered to 1.3480 but still looks edgy.

This is all about the DUP as May had to break from the meeting to make some calls to the party. That suggests there’s still some sticking points between what May is offering and what the DUP will back.