Brexit worries trump BOE for GBP traders – What happens to the pound next?

I missed all the BOE fun yesterday while at a forex trade show and the comments have come as quite a surprise. The economy is doing ok-ish, if not looking a little soft so far this year. That makes Carney’s comments on sooner hikes, and Broadbent saying that “a couple of hikes over the course of a year wouldn’t be a great shock to the economy” all the more surprising. The comments aren’t even backed up by a change in the MPC vote pattern. My first thought when seeing these comments was that perhaps the BOE are about to start playing inflation with hawkish talk. We know interest rates are pretty much useless for controlling imported inflation but the currency going up offsets import costs, and what better way to push the quid up than talking about hikes. That’s a bit of a tin-foil hat conclusion by me but I’m really struggling of another reason why they would suddenly turn so hawkish. Watch this space I guess.

So, to the pound.

On Monday I wrote how the quid is likely to hit a bearish phase but even I was surprised by it happening not a couple of hours later. What also sticks out is that the BOE hawkishness was hit hard by the sellers, confirming my thoughts that rally selling is the theme right now. My other thought that Brexit news would ramp up and inject bearishness into GBP has been highlighted today with Barnier’s comments (summary below);

His speech this morning was full of warning and full of negative rhetoric, basically saying the UK hasn’t got its act together, and that they need to come up with something fast. That’s all it took to send GBPUSD down to a low (now) of 1.3791. That keeps the bearishness well entrenched.

GBPUSD is unwinding the January rally at a fair clip and we’ve nudged the 61.8 fib of that rally. 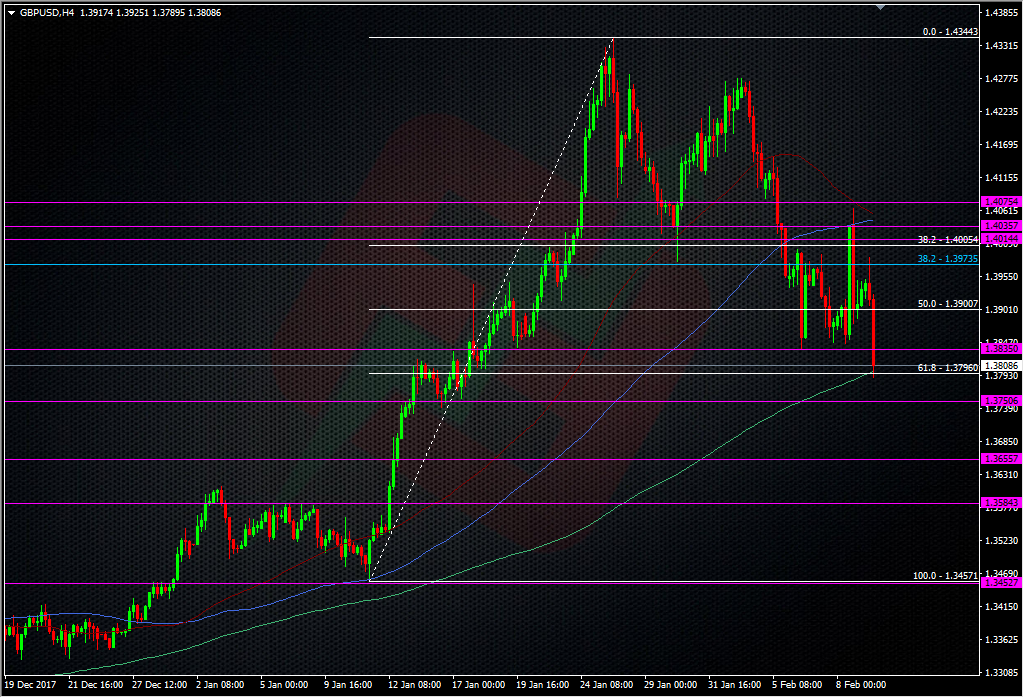 We’ve just bounced from  he fib to 1.3828 (as I type) so some pressure is being relieved now but further weakness could bring the next support around 1.3745/55 into play. That was a minor stopping point in the Jan rally so it’s not something I’d put too much faith into.

The Brexit news is going to continue and it’s going to remain in this negative vein unless we get something major from the UK side. I just can’t see that happening anytime soon but it’s a risk nonetheless. Rally selling is still the plan from here, and the 1.34/35 area is a possible target and where we might see buyers taking back some control.