Trading preview: The dollar is screwed no matter what happens with US CPI

All eyes are on today’s US CPI data, so here’s why it won’t matter for for USD bulls.

I don’t think I’ve seen so much focus on a CPI report before. Has the market suddenly woken up to the fact that there’s some inflation about? Has it been ignoring the inflation trend for the last 2 years? 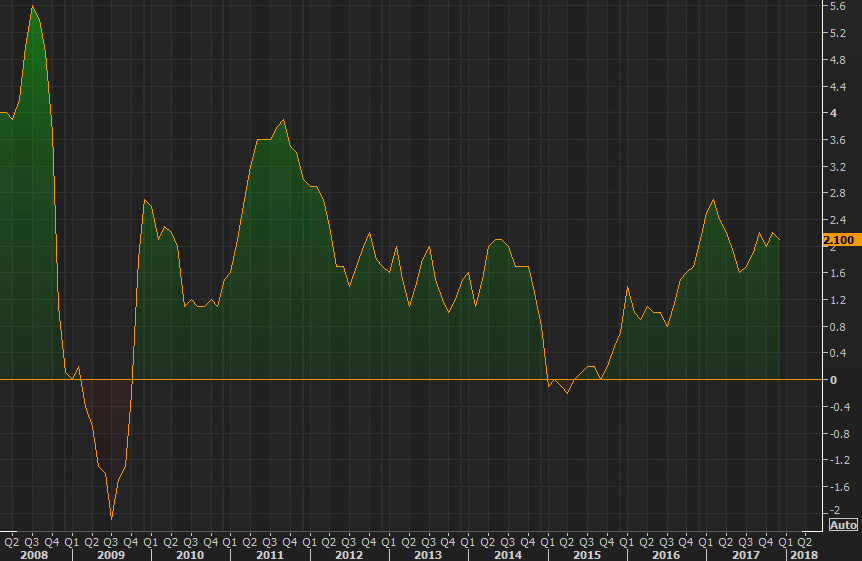 What’s new here folks? Nothing, as far as I’m concerned but the world is looking at this like it’s going to make to make a huge difference.

This year, so far, has “supopsedly” been all about the inflation trade. Among other things, the reduction of returns in yields leading to a move into riskier, higher yielding assets. It’s been a bit late coming in my opinion but the market is what the market is. Our main concern today is what is going to happen in FX.

Let’s get the numbers out of the way;

First things first, we’re already looking for inflation to drop a touch. That will have the market set up for bad news so anything on, or better and the dollar will rise. Usually I’d use a 2pp variation to gauge the size of any price moves but as we’re already expecting a 2 pip drop in CPI, and 1 in the core, I think even a miss by 1 pip on expectations on both will hammer the dollar. The market might be calmed if we miss by only a pip, or come in the same as prior, and a beat of the prior numbers will bring a bigger jump in the buck. Earnings will be a big factor too, as we saw from the NFP reaction to the jump in wages.

Retail sales are out too but they are probably going to play second fiddle to the CPI numbers.

Now to the crux of the post. None of it is going to matter to the dollar and mainly USDJPY and here’s why. There is one resounding fact in this pair, and we’ve been banging on about it for over two years. THE DOLLAR IS NOT RISING ON US FUNDAMENTALS! Don’t believe me? Here’s the proof. 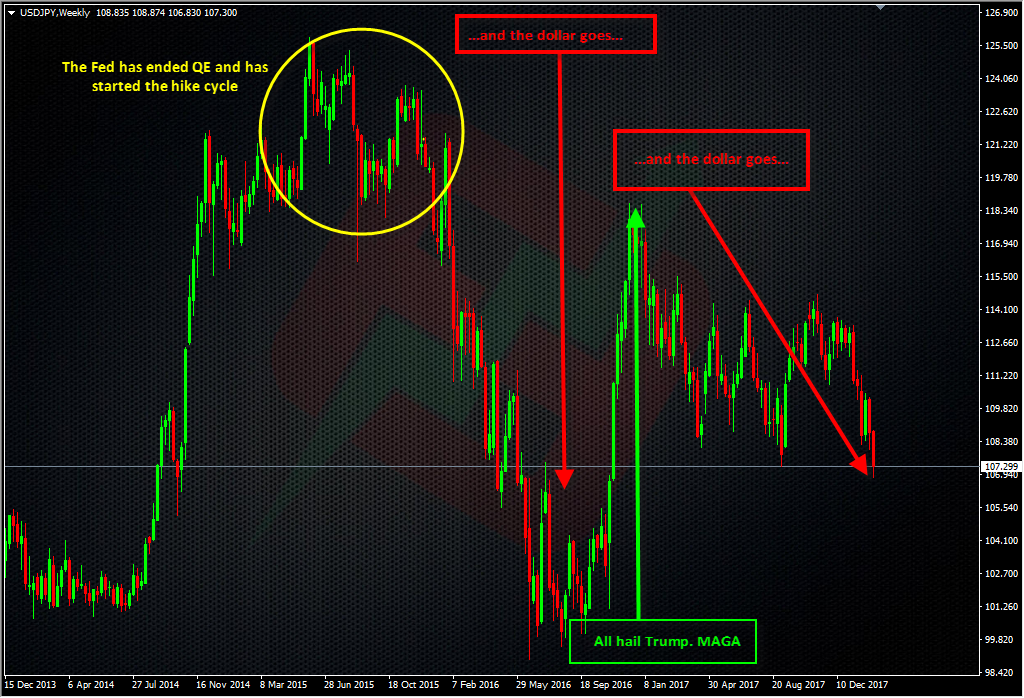 The downfall of the dollar

We often write how trading can be simple if you can see what’s right in front of you. Analysing the chart above is not difficult. Seeing that nearly every single time there’s been some big (good) data, or even a rate hike, the dollar has fallen after. Today’s CPI will be no different. The dollar is screwed whatever comes in. If it’s good, we’ll bounce but the sellers will nail the rally at some point. If it’s bad, we’ll contiinue the trend.

You don’t need to be an economist, or even be able understand simple fundamentals to trade this situation. You don’t need a technical indicator to tell you what’s going on. You have your evidence on the chart above but the key is managing any trade you do. We may be in a bearish trend but trends don’t move in straight lines. They don’t last forever either. That’s where the tech comes in. If the bearish trend can’t break the decent resistance levels on bounces, the trend remains in place. If it can’t break support levels, the trend might be ending, or at least pausing. That’s where the hard trading work is done, and where you make your money.