Fireworks everywhere in the markets 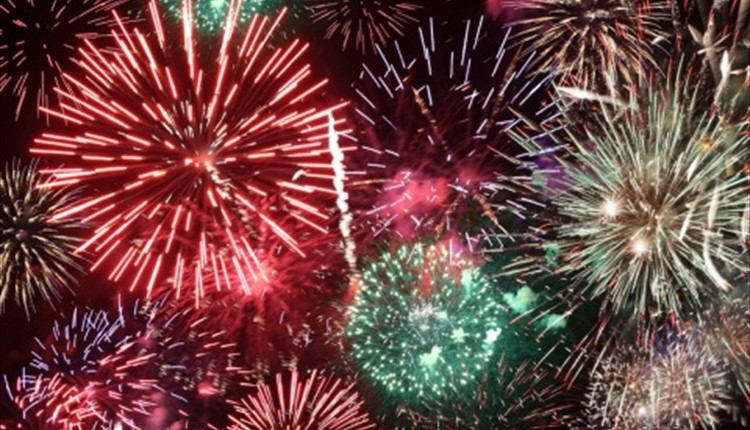 It’s flying in all directions, heads are spinning

A lot to digest for traders these days! The market’s reaction to sell risk in a good old fashioned way is telling. JPY and CHF crosses got sold heavily over the past 24 hours.

After Powell’s hint at 4 possible rate hikes, it’s Trump time to send off a few rockets with his tariffs on steel and aluminium to be announced next week. How they will be announced is still a question in my opinion, looking at how virulent the world is reacting to the plans. Knowing His Royal Orangeness, there may still be another surprise in store, we can’t rule anything out with the man.The market’s reaction selling US manufacturing stocks yesterday shouldn’t go unnoticed in addition to how, for the JPY market, Japanese officials and carmakers reacted. Toyota sent a clear warning, more even than rising car and truck prices, the planned investments in the US could be at risk. Pushing through with the tariff hikes would not only cause a USD sell off paired with the plans due to selling stocks and risk but equally and maybe even more so highlighting further Trade Isolation of the US. The rest of the world is not going to sit back and let it happen. The damage for Us companies could be huge.

Then there was Kuroda delivering his inaugural speech for his second term as BOJ governor. He was confusing enough to send JPY higher again when mentioning a possible shift in monetary policy in fiscal 2019 IF things move forward as they are and saying a shift could occur even when inflation has not reached 2%. Adding there’s no such plan right now only put a small plaster on a wooden leg. Note Aso was on the wires saying he had no comment on FX last night, meaning of course they’re watching every pip USDJPY comes off. I remind you of the Japanese institutions’ intention to buy USDJPY sub 105.00 announced last week and 105 and 104 barriers on the USDJPY, we’re approaching fast. EURJPY ‘s next target could be close to 128.85 (38.2 fib of the Apr’17-Feb’18 rally)One thing to take into account since we’re March, it’s fiscal yearend month with traditionally huge flows but that’ll be for another post.

Then there’s Brexit, UK PM May is to deliver her speech this afternoon on how she sees all this going forward.The tone should be quite reconciliatory but EU’s draft earlier this week will or should be replied to. Any bellicose tone will spark a bigger market reaction than a positive stance as usual. GBP should find rally sellers, maybe not as much vs USD as vs risk sensitive again such as JPY, CHF and commodity currencies, which are less impacted by the US tariff plans.It’s the way I’m trading this currency too. EURGBP has a few speed bumps coming up in the 0.8925/60 zone but any mishap could see the top of my Brexit range towards 0.9050.

And to add to the fun there are the Italian elections and the German coalition vote at the SPD this weekend. Putting these in the same hat although there is a small risk of divergence. In my opinion both should not impact the EURO hugely as on the one hand the most likely elected Italian parties have been rather supportive of the EU in their campaigns and the largets fractions of the SPD have already voiced their support for the CDU-SPD coalition .There may be some risk built into the EURO today in some form but in all the turmoil going on, I would put this on the bottom step of my risk ladder. Of course I may be totally wrong on this, in which case on Monday it’s armageddon and we sell even more risk. If everything goes according to plan and we wake up in a unified EU on Monday, I reckon we may have seen the bottom of the EURUSD correction yesterday and will be looking to buy dips 1.2220 town to 1.2170.

Last but not least ,have a read at Ryan’s post on the options expiries today, there’s a few huge ones in there, even if t’s not the direction half an hour before, in an illiquid market option players have a lot of power in a very short time span.

I may even have forgotten to mention a few risk factors but it’s easy to see what’s going on. Selling risk and USD on any uptick is the word on the street,unless Trump does a 180, PM May sends a love letter to the EU.

Fellow traders, be careful out there, the moves are fast and algo’s are reacting to every letter spoken. There will be a lot of close to the market orders to get chased after by the market makers so be careful for unexplained or counter trend swings at times. I’ll keep it nimble, job the market from the short USD and risk side but won’t refrain taking profit even if the move seems to have more, maybe much more legs in it. I can always re enter at a different level for the bout of fun. And take levels with the necessary precaution, in a nervous market we tend to overshoot when stops are hit before coming back to a more normal behaviour.