Here’s why the G7 statement and delivery might be different 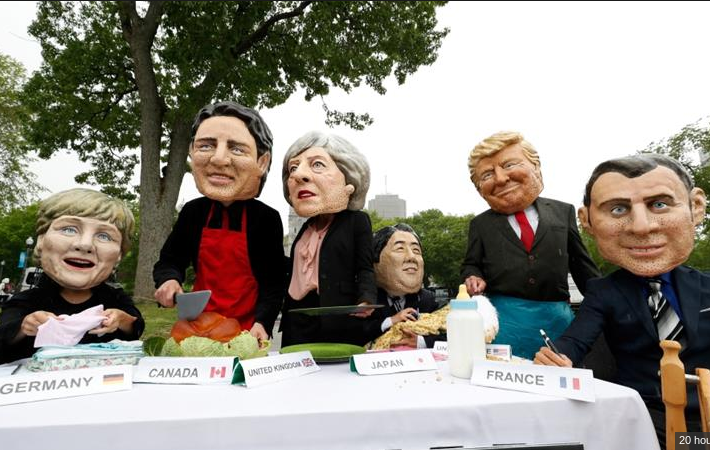 Will there be peace or a fight in the G7?

Just something we’re discussing in the room.

Kman already primed us to be on headline watch but here’s why it could be different.

For most “G” stuff we usually get “draft” statement headlines not long after they all gather. Usually again, it’s never that much different to the final full statement.

This time that might be different because most other times they’re all singing off the same song sheet. This time we’ve got the Trump factor and he’s at odds with all the others over trade, so a unified statement looks a tough ask.

The “G” statements are also not usually market moving, mainly because they’re usually a load of old promissory tosh. Again, with a 1 on 6 fight going on, I can’t see how we’re going to get a harmonious statement.

The market is leaning towards not getting anything at all but if anything, expect some sort of brushing under the rug rhetoric on how trade should be fair for all. Basically something that they’d all be happy to say without it putting a bearing on one country or another.

Risk might suffer a touch if we don’t get any sort of statement, (or agreeable statement) because Trump digs his heels in. That could hit risk further as the market will see bigger divisions. On the flip side, if we get anything that suggests that this trade stuff is all just chest beating and there’s some softening of tones, we’ll see risk recover.

Depending on when it all falls, we can get a draft release during market hours or otherwise it will be over the weekend when markets are shut. If there are rows going on, perhaps we should expect any comments to be held back until markets are closed.

None of the above is definite but it’s just some scenarios and info on how things might be different to the norm.