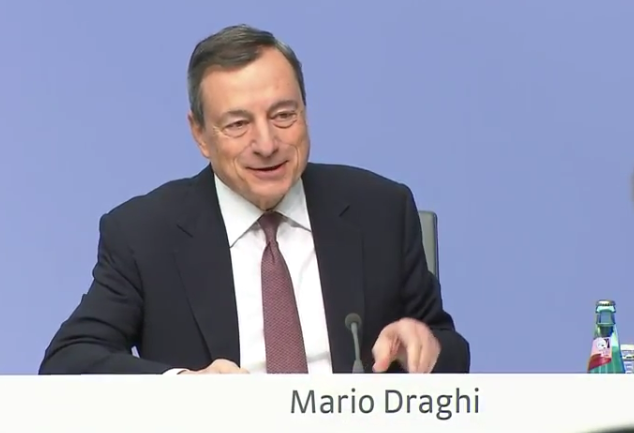 A few quick bullet points and thoughts about what’s possible with Super Mario. Do we detect an annoyed smile to have to announce something? 😉

There’s been a wave of positive comments from the core countries ECB staff members after the past meeting. Data have been mixed since then with May CPI shooting but growth coming off. In the meantime we had the Italian comedia calming down, still some Spanish jitters and especially trade now roaring its ugly head again.
Knowing Draghi, he will likely remain on the cautious side, possibly saying they discussed the end of taper as a “stage” but not announce it as of yet waiting for July.
As questions about Italy will arise, as per previous he should steer clear of making any clear comment but may note Italy wants to stay in the EURO as a positive.
On trade he has a baton to spread a few of his dovish wings but will the market buy it? Not so sure.

As experienced yesterday again, the market uses USD rallies to sell into. This feels to be a plausible scenario again in the EURUSD, having held the 1.1725/30 rocksolid.
Ichimoku lines and a fib converge around 1.1745/50 today as well. That 1.1725/50 zone will again be the area of truth to the downside.
If hawkish comments outweigh dovish, EURUSD breaks 1.1840 to have a look at 1.1910. Above there we’re looking at 1.1985/00 and the 1.2030/45 zones where MA’s , fibs and the bottom of the daily cloud should create an area of resistance or congestion.
I was short EURJPY from last night but bought the EURUSD leg back this morning as the market seems more nervous for the USD than the EUR in the latest Trade issues and EUR has been shrugging off weaker data like teflon again. If Draghi gives me the opportunity, I may buy some in the mid 1.17s EURUSD

As usual beware of algo’s triggering orders left right and centre before the real move starts. Yesterday was a prime example again.

The press conference can be followed on the ECB website here