All aboard the EURO slide to end the week. 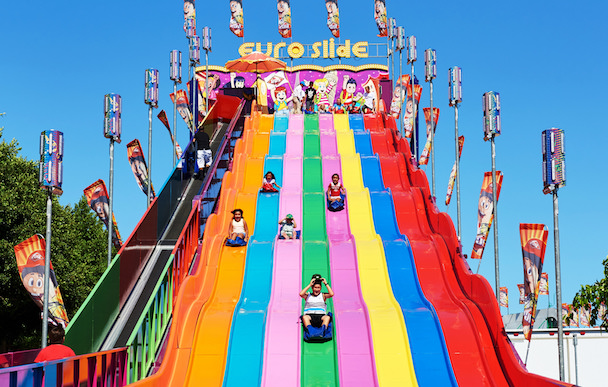 As Super HD was saying on his weekend wishes, we had a very good ride down on the EUR crosses second part of the week after having struggled and scratched what’s left or our hairs for the first bit of it due to far to much option gamma keeping the market in its grip.
Apart from EM which had enough worries to make TRY( US-Erdogan), ZAR( the land expropriation act) and CNH( trade) fly around, the majors and commods couldn’t decide whether to go down because of higher USD rates and demand or go up because of tariffs not being implemented yet and stock markets refusing to really go down.
It was and I know I’m going to surprise some, BOJ, the one trying to fool us sending JPY crosses flying in what seemed like a master move, that set the wheels in motion. In fact by ” admitting defeat” on inflation for now and creating leeway in rates, they put EUR at the sheer bottom of the G11 yield pile (together with CHF I agree but volumes are incomparable).
From Wednesday this and more trade shenanigans started to drive the market in the opposite direction. Fed keeping an extra 2 rate hikes hopes alive,USD rates back up, stock markets still ignoring any slower pace of data, USD demand increasing and EUR starting to suffer on Italy, trade, uncertainty over where Brexit is going and as i mentioned already, victim of rock bottom interest rates got the best of the EUR. Today’s Us labour report didn’t do much to alter nor to drive the markets in any new direction, equity market finish the week on a positive green note.
That’s what we managed to spot and capture, especially yesterday and today mainly through EURJPY, EURCAD, EURAUD. I’m still running a short in them.

GBP was proven to fail rebounds as BOE didn’t keep the pound up despite raising rates. There were to many “gradual” , “what if Brexit” and Trade warnings by Carney to keep the faith in GBP vs USD and commod currencies.
Note we still have Macron and May enjoying dinner in the South of France. Headlines and reactions could still roll in later.
Finally today China showed a leg in raising RR on forwards again in an effort to quiet the markets. AUD reacted straight away especially through EURAUD, closing at the lows since June. Australia is pretty immune to trade wars for now, quietly waiting and brewing more export deals as other countries undo their own
I reckon there may be more to come on these EUR crosses as we failed to retake mid 1.16S on EURUSD and China-US bellicose rhetorics on trade will by correlation not help EU car makers. Add to that Merkel’s coalition partners still not agreeing on migration and Brexit not seeing any clarity, it’s all adding weight. Mind you, option gamma longs could make it a slow grind again next week, especially in the main pair. THERE’S 100BLN EURUSD Expiring between 1.15 and 1.18 in the month of August alone. Note more downside has been put on this week.

Final word: MXN and CAD were the winners of the week again as US seems to water down Nafta demands. The only real issue remains the Sunset Clause, but rather than being a negative for both currencies if included in a deal, the fact of striking a deal should continue to underpin both on dips.

Rest me to thank you for your excellent company again this week, your pertinent comments and to wish you a relaxing, fun and peaceful weekend.
We do it again next week , ciao