That’s not a headline I’d imagine ever writing over Brexit but here we are. Junker’s comments earlier that Brexit talks are progressing have helped push cable back up to test yesterday’s highs around 1.3330. He also said that his meeting with Theresa May on Dec 4th will be where he decides if  “sufficient progress” has been made for a Brexit deal. 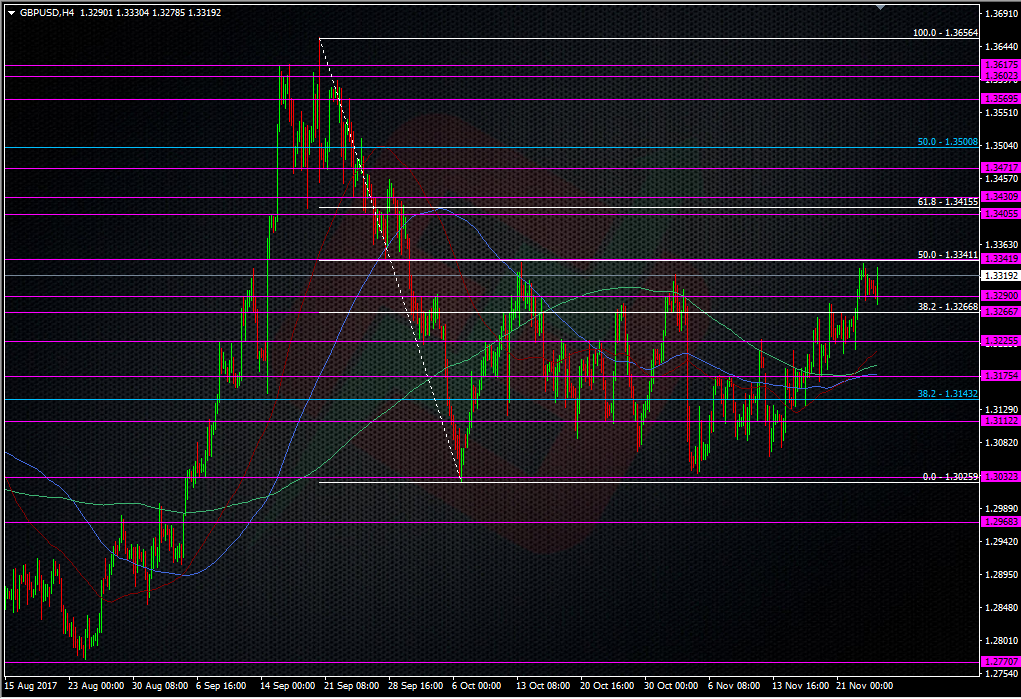 The chart speaks for itself and highlights why we’re struggling at these highs but the pound’s persistence in testing here might pay off, and that could mean a swift kick up to 1.3400, where further resistance awiats.

I’ve previously said that the pound could rally into Dec on positive Brexit news and the Juncker comments are exactly that. I was looking for a decent dip to get on but I’m thinking I might be too late for that. If you’re long from down below then watch these highs carefully as another strong faliure could tip us back down and the intraday support at 1.3280 will be susceptible.