A nail in the Bitcoin coffin? – Stripe to cease processing Bitcoin transactions 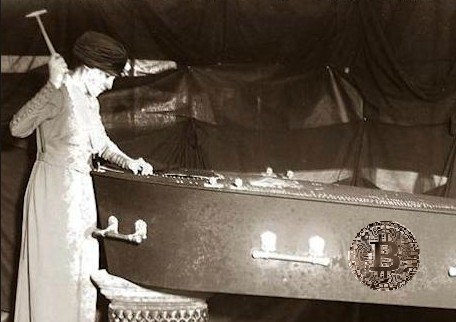 Stripe’s Product Manager, Tom Karlo, issued a blog statement today saying that their online payment platform will be winding down Bitcoin transactions due to less user activity caused by problems with transaction times.

Over the past year or two, as block size limits have been reached, Bitcoin has evolved to become better-suited to being an asset than being a means of exchange. Given the overall success that the Bitcoin community has achieved, it’s hard to quibble with the decisions that have been made along the way. (And we’re certainly happy to see any novel, ambitious project do so well.)

This has led to Bitcoin becoming less useful for payments, however. Transaction confirmation times have risen substantially; this, in turn, has led to an increase in the failure rate of transactions denominated in fiat currencies. (By the time the transaction is confirmed, fluctuations in Bitcoin price mean that it’s for the “wrong” amount.) Furthermore, fees have risen a great deal. For a regular Bitcoin transaction, a fee of tens of U.S. dollars is common, making Bitcoin transactions about as expensive as bank wires.

Because of this, we’ve seen the desire from our customers to accept Bitcoin decrease. And of the businesses that are accepting Bitcoin on Stripe, we’ve seen their revenues from Bitcoin decline substantially. Empirically, there are fewer and fewer use cases for which accepting or paying with Bitcoin makes sense.

Therefore, starting today, we are winding down support for Bitcoin payments. Over the next three months we will work with affected Stripe users to ensure a smooth transition before we stop processing Bitcoin transactions on April 23, 2018.

The full statement is here.

Underneath the bright lights and headlines of price moves in digital currencies there’s a technology race going on to provide the quickest, easiest and safest platform for digital transactions. What’s happening to Bitcoin is the modern day equivalent of Microsoft vs Apple in the early pc years. Microsoft was the early leader in that race but was then overtaken by Apple. Bitcoin is in danger of losing its prestige status due to the transaction problems it’s facing. If it can overcome those, then it’s back in the game but if it can’t, in this high speed technology age, there’s plenty of others ready to take advantage and step into its shoes, and many already are.

Forget about trying to get rich speculating on wild coin price moves, picking the winner in this race is going to bring the best returns for the long-haul.