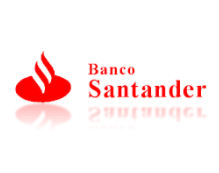 Santander is looking to roll out a retail payments platform based on Ripple blockchain tech as early as this quarter. In an announcement in its latest earnings report was a presentation of the new system. It will be rolled out in in four countries, Spain, UK, Brazil & Poland. They claim it will only take 3 clicks and 40 seconds to complete a transaction. 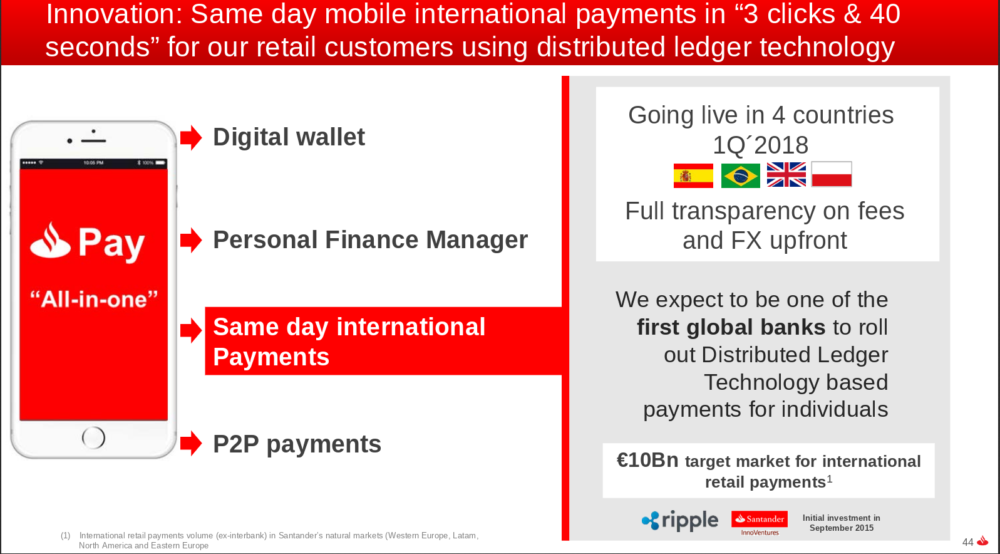 Santander have been no slouches in the blockchain world as they announced that they were using the Ripple platform to test a payments system back in May 2016, and they’ve been running staff trials since then.

The blockchain race is on and it’s this side of cryptocurrencies that’s going to change banking (and a lot more) forever.The tech side is also going to offer the greater longer-term investment rewards at a far more stable and less volatile level that trading coin prices.