Brexit: Agreement with EU must respect the referendum says Theresa May 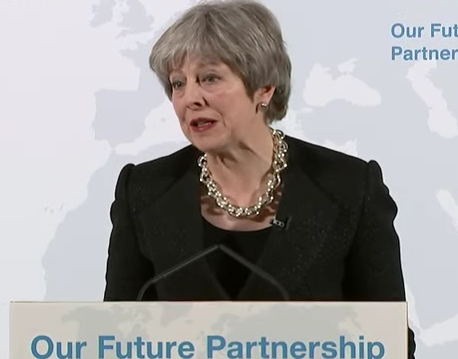 Here we go, talking about economics/trades.

That’s a potential negative as she’s taking that option off the table. It’s negative until she puts up another solution.

So, basically, she wants a custom trade deal. let’s see if we get details.

Long and short, there are already means to work inline with EU that don’t need to go through the ECJ

May’s putting forward some positive ideas but they are just ideas, and she’s not saying “this is our new position” It’s what she wants not what she’s going to demand. The EU could brush this off with one stroke.