The North Korean news has shaken things up a bit in FX markets so what do we do now?

Some wild moves seen following the NK news as traders reprice the risk landscape. The change in rhetoric is obviously welcomed but we know from previous lessons that that can also get turned on its head and then we’re back to square one.

The Trumpton is taking the news with a huge pinch of salt;

We will see what happens! https://t.co/Y1qxoAUfd9

That view was further confirmed with his next tweets where he bigged up Fox tv and slagged off CNN and then the Oscars;

Lowest rated Oscars in HISTORY. Problem is, we don’t have Stars anymore – except your President (just kidding, of course)!

In markets, it’s been a bit messy because we’ve seen some risk on moves in some areas but not others (Gold is trading up at highs for the day). Asian currencies have lead the way (USDKRW dropped a large chunck and is down 1.4% on the day. 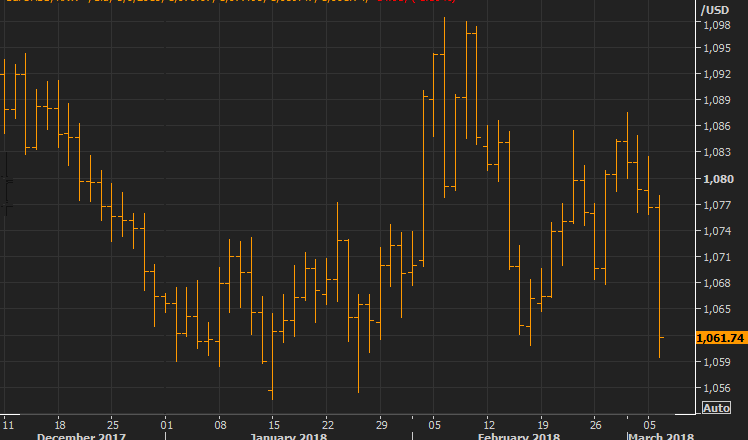 There’s obviously been a knock-on in yen pairs but it’s been the crosses that have seen the biggest moves while USDJPY couldn’t even break the minor overnight high. 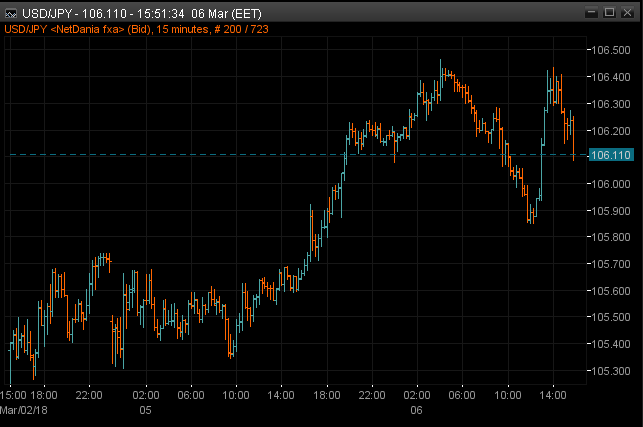 How do we trade it now?

I’m sure there’s just as many folks who have seen trades hit negatively by the news, as have seen it work out in their favour. There is a risk that the news is reversed by LFB at some point and it usually doesn’t take much to turn this sentiment around. At the end of it all, the bigger fundamentals that drive the everyday price action will likely reassert themselves, so this NK news should be a passing moment (until the next headline). The dollar was looking soft before the headlines and so it may get back to that theme now. US 10 year yields jumped but are edging back again and the buck is following.

In USDJPY, watch the low that was put in by way of the NK news as that may not stand up to another test if we fall back under 106.00.

Fortunately or unfortunately, news bombs are part and parcel of trading and you have to take the rough with the smooth. If you’ve been knocked out of trades on this news don’t look to revenge trade back in. Stick to what you plan was at the time (if it was working) and wait to see if your levels will play ball again.