So, about those Carney comments then?

Carney is turning into a bit of a ‘Nowotny’ for coming out with market moving comments. He’s done things like this before and it’s almost as if he hasn’t got the knack of smoothly guiding markets but then, on the otherhand, perhaps the market got a little ahead of itself once again and needed to have some wind taken out of its sails.

My view on hikes is that aside from inflation, the UK isn’t in a better position than the last hike, which was pretty much a reversal of the Brexit insurance cut. The BOE (like the Fed) is simply looking to build back up their interest rate margin so they can combat any problems in the future. The argument about wages vs inflation is a fickle one, and one for the politicians. The BOE may think they can combat inflation with rate moves and thus think wage rises higher than inflation will make a real difference but they’re well off the track with that. Inflation will do what inflation will do, it always has done in the UK. There will be offsets in the pound vs imports and exports (the moaning will move back from importers to exporters), while it rises.

The BOE have found themselves in a tight spot once again. They said inflation would top out, though were off with their timeline, now they’ve signalled a hike just as inflation drops back. Still, it’s the 2% target that matters so they’ve got some excuse to hike still.

I still think the BOE will hike in May but I’m not so convinced as I was, and I don’t think they’re right to do so but I understand their need to have higher rates. I think Carney rightly gave the market a slap, just to keep feet on the ground. The UK was never going to enter a Fed styled rate path so if we do get a hike, it’s likely to be a dovish one. If it’s not, and with the current data as it is, then we’ll know they’re not really hiking for the economic perfomance but for building interest rate ammo for a deeper slowdown. Rock and a hard place again? That’s the life of a central bank.

For the pound, it’s been a terrible week from what was looking a healthy position. I’m not overly surprised as I said in our room earlier this week, I didn’t like nor fully understand the way the quid moved up into 1.43 in the first place. I’m still reluctant to take a meanigful view in the pound and prefer just to try and scalp the levels as I see them. 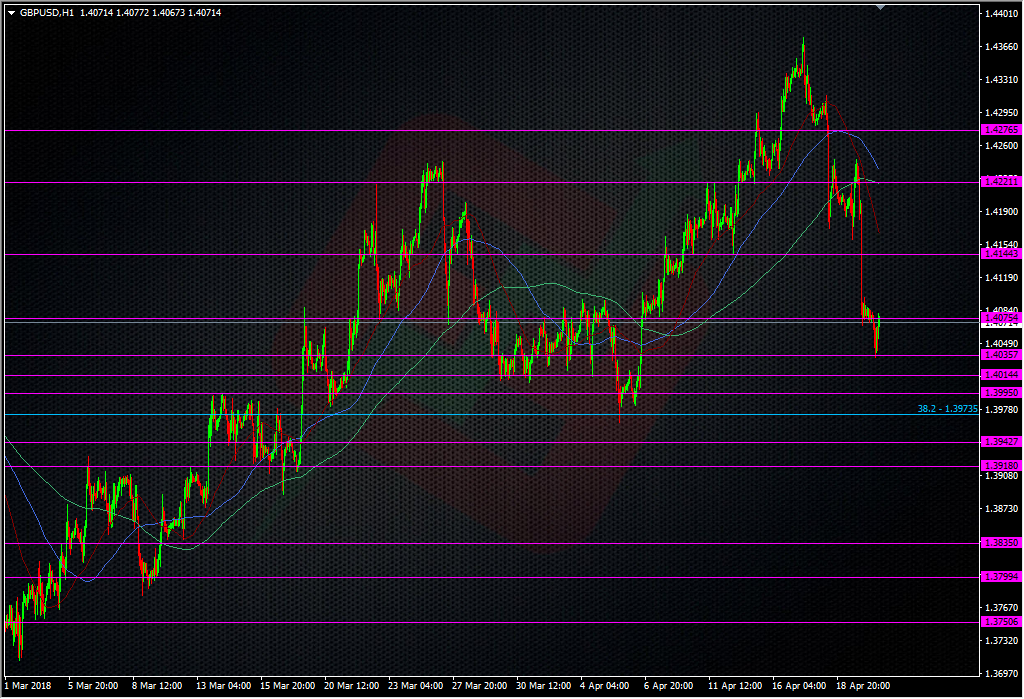 In EURGBP, the room is noting the 0.8730/40 area again as we come off the highs, this has been a key pivotal level recently and is so again today.

The market might be treading water this morning to see if we get any more bond moves in the US session again. US 10yr yields are sitting pretty in 2.90% so that keeps the hunt for 3.0% ongoing. The calendar is bereft of any major data, so Canada takes centre stage with retails and CPI.