There’s only one important level in EURUSD

With EURUSD knocking at 1.1700 there’s one level above that’s the main focus for now. The 1.1740/50 area has held the top all the way through July. It’s been a level that’s seen action further back than that too though. 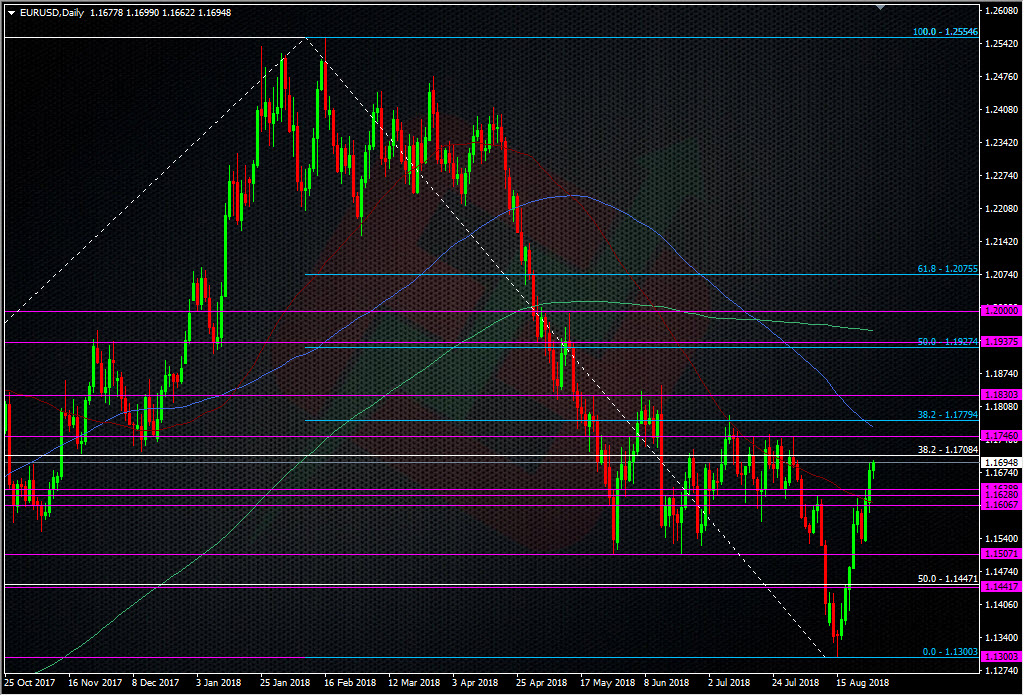 From a technical standpoint, it’s a level both longs and shorts need to watch. If we see it hold again then that could mark another top. If it breaks then we push on. It could well be one of those key levels for EUR traders. Certainly a break will bring the 38.2 fib of the year’s move into play.

It’s all in the balance and the battle between longs off the bottom and short from higher up is on. Which way will it go?

My view is still pretty neutral on this pair overall. I see an opportunity for a fairly tight short into 1.1740. There’s also good potential with going with a break of 50, or at least waiting for a break confirmation. 1.1600 looks safest for a bid right now with a stop just under 90. No need to be a hero in between, I’ll just see how the price action develops.