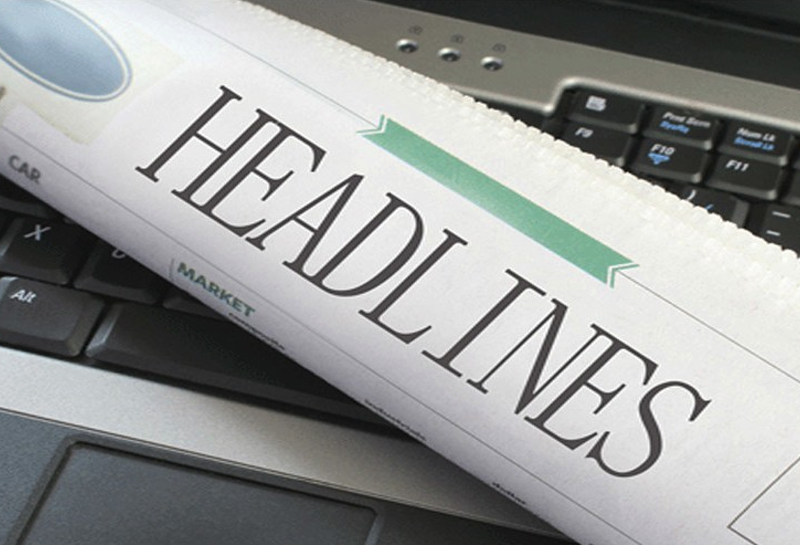 A headline driven market is a tough to trade market, so what’s the best way to trade it?

Given that we have an immense amount of political, and global events going on, we’re in the midst of very headline driven markets and that can be tough for some traders to handle. We’ve got the US fighting China, Europe, Turkey, Iran and itself (Trump), we’ve got Brexit, we’ve got Italy, we’ve got NAFTA with Canada and Mexico and we’ve got EM fears, to name some of the main factors. The majority of this is being traded headline to headline and because one headline can counter another, we’ve seen a lot of jumpy moves.

Trading the kind of news we’re currently getting is hugely different from trading the fundamentals or central banks. Those are usually calmer and more defined. We all tend to know where an economy or central bank is going and that happens over a lengthy period of time. Markets set their bias and trade and differences to that bias, be it big or small. Yesterday’s BOC meeting was a perfect example of that. We had low expectations and we received that outcome, and the CAD did nothing.

On the other side of the coin, we’ve had Brexit news, and I don’t need to show you a chart to highlight what’s happened to the pound. Same with USDCAD and NAFTA. We find ourselves sitting watching the screens wondering when the next headline is going to come. Will it bring us a massive profit or will it sink our boats?

Trading headlines is very, very difficult these days. It’s very rare we can see a headline flash up and jump on it. The algo and robots are already on it by the time we’ve finished reading the headline. Once in a blue moon we might catch one, Like Barnier last week, where myself and a few in the trading room managed to jump in but then yesterday was a blank. I tried to grab some pounds when the German headline hit but it had left the stations seconds after. Just like most people I then watched the 160-pip jump, and then I watched the 90-pip fall.

This sort of action creates two scenarios for traders.

We can’t do much about scenario one

Headlines are part and parcel of trading. Sometimes they’ll be good for you, and sometimes they won’t. They can come at any time, right out of the blue. They are one of trading’s great unknowns. So, what can we do when we know we’re in a headline driven market? We trade as normal but we make sure that we have our trades covered. That might mean lower risk and tighter stops but we have to navigate the environment as best we can. Do you cross the road where it’s busiest, or where it’s quieter? The same applies to trading. Don’t mess around in the middle, pick the intraday or wider ranges and trade those. You might still get hit with a headline but you stand more chance being up against a defined level than playing around in the middle. The exercise is to protect yourself from the conditions the market is in.

What about scenario two?

You’ve been watching GBPUSD spend hours doing nothing and then suddenly, BOOM! 160 pip move. Your first instinct is probably to start trading and try and catch something from what’s happening. You don’t want to miss out on all those pips. Usually you end up buying at the top (in the case of yesterday). Or, you’ve done nothing but now you’re waiting on a reversal headline, so you’re primed, excited and ready to sell it. BANG! the headline comes but as usual the price has gone too quick for you. But, that doesn’t matter because it must be going all the way back down again. So, you end up selling the bottom of the move. The age-old FOMO (Fear Of Missing Out) has struck. You missed the first move but you’re determined to get something from the second move whatever it takes. Let me tell you. That’s a one-way trip to the poorhouse.

As per scenario one, if you haven’t got in near the beginning of the move, you’re out in the cold and you should stay there. We’d all love to catch 250 pip moves but unless we’re very, very lucky, we won’t.

What do we do then?

If you were in a position that was blown on the news, unlucky, shit happens, move on. If you were caught on the right side, take some profit! You’ve just been gifted many pips, maybe many more than you planned for. In that instance, you need to grab them and close some or all of your trade. Your big risk is instantly giving back some or all of those gains. Don’t look that gift horse in the mouth.

Here’s what I did yesterday. Keeping to the cable example, after the first move (which I couldn’t catch), my next thought was to forget what had just happened and concentrate on what might happen next. Yes, I expected some sort of counter headline but there was no way I was going to punt on another unknown, so I had no interest in just blindly selling the quid hoping for that counter headline. That’s not trading and ‘hope’ isn’t a strategy. For me, all that happened was that cable moved from a well-defined area of support towards a well-defined area of resistance. That’s all that mattered in my mind. Instead of looking for opportunity down at 1.2760/70-1.2800, I was now looking for opportunities around 1.3000-40. The headlines didn’t really matter. The 160-pip move didn’t really matter, I put it out of my mind. What mattered was where the price had gone, and where was the next place to look to trade it. As per my posts through those moves, I was ready to go into the resistance, irrespective of what headlines might have followed. If I had got a trade on and a headline had helped me out then great, that’s a bonus. I would not have traded purely with the expectation of getting a favourable headline. I also had no interest in trying to take something in the middle because that’s where the greatest headline risk was again.

This is just a simple view of how we should trade headlines. That doesn’t mean you’ll get it right every time but the exercise is not about getting it right, it’s about controlling your risk as best you can. With experience you can further enhance your methods, for example, like judging stretch points for moves or deciphering what any headlines mean for the bigger picture. However, there’s no point trying to learn that if you haven’t nailed down the basics and learnt how to protect yourself in that environment.

Feel free to let us know how you trade headlines and what methods you use to protect yourself.