EURUSD looks dicey as it pivots on the support

EURUSD is facing some pressure from within

EURUSD is under the cosh today as worries about Italy rise again. I really don’t understand why so much fuss is being made of the Italian budget. It’s not new news that a country in the Eurozone produces a budget that fails to deliver and yet they still get a free ride from the EU Commission.The main worry is whether Italian finances are going to be severely hampered and we end up in the same old mountain of debt situation. Remember that their banks are still trying to shift heaps of the old toxic crap.

But anyway, we could moan for a week about Italian politics and finances but let’s worry about trading it instead.

The 1.1530 has been under fire again today. We’ve been down to 1.1525 and now we’ve been back up to 1.1547 (after League’s econ minister calmed nerves on his prior currency comments by saying that there’s no plans to leave the Euro). Whether those comments are going change the theme de jour is open to question, and the fact we’re already back down to 1.1536 following that bounce suggests they’re not.

Today’s move cracked the 50.0 fib of the August rally at 1.1558 and old support around 70. That’s going to be the first main point of resistance. 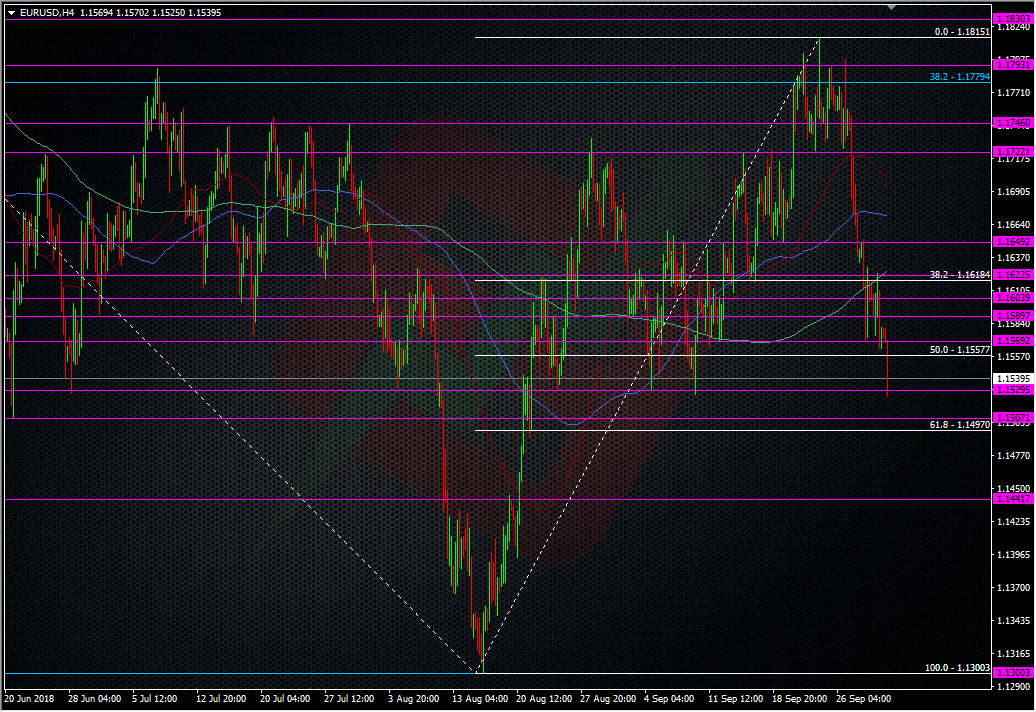 We’re also seeing 50 resist in this latest PA so that’s one to watch also. Now we’re back above this 30 level, we may start to see support building there again as it starts to protect the buyers off the bottom. What we might see is the price pivoting on that level until either the low breaks or the 50 levels does. If the lows go then we get a test of 1.1500 and the 61.8 fib. If 50 breaks then we should move higher but there’s plenty of traffic at 70 & 80. To relieve the bulk of this bearish pressure, a move above 1.1620/30 is needed but that looks a long way from here. 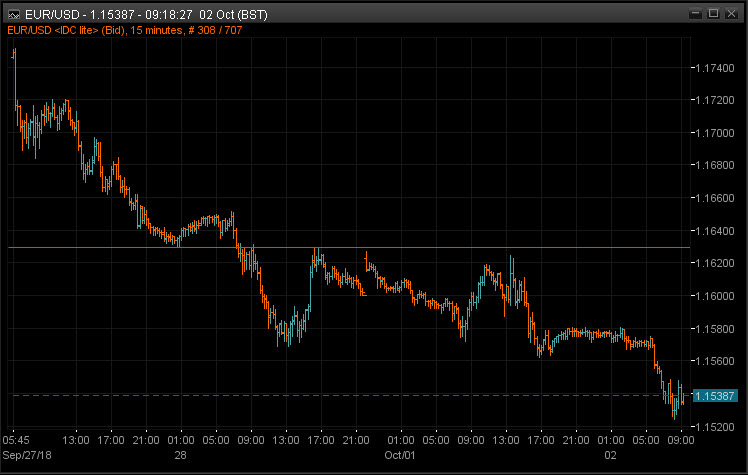 This pair is still being pulled around by JPY crosses so use that as a guage for direction also. EURJPY has held the 131.00 level so that again gives a base for EURUSD. If that breaks, EURUSD will follow.

At this moment I’m happy to let the price resolve itself around this level. It could go either way so I’m not going to ‘guess’ a direction. 1.1500 looks the next possible level for a long and 1.1600 might be the place to lead shorts into the 1.1620/30 level but closer to 1.1630 would be the idea. As always, I’ll judge the move on the news and conditions at the time.