Why is GBPUSD failing to live up to the new Brexit hype?

Positive Brexit news continues to be sold into

The latest big news on Brexit was Friday’s story that the EU were ready to offer the UK a “Super-charged” free trade deal but with a big fat condition, that trade won’t be frictionless. In one aspect this isn’t new news as they’ve previous said they’d be happy to offer a trade deal “unlike any it has given another country”. In one sense, it’s a half empty promise because as the song goes, “It ain’t what you do, it’s the way that you do it”. Europe is offering the UK a great trade deal but the conditions attached are going to make it very hard for the UK to accept it. This is what’s troubling markets and holding back a real rally in the pound.

The market sentiment is still leaning towards a hard exit/no deal because of what’s happening domestically. Unless May pulls a rabbit out of the hat regarding Ireland that’s fully acceptable to both the EU and her own party, both parliaments are likely to vote it down. Even if the EU do agree, (and on the basis of what we know already) it still looks like it could get voted down by the UK.

We saw a couple of instances last week where Brexit news lifted the pound but then the move reversed. We’re seeing Friday’s news being undone as I type with GBPUSD down to 1.3051 from Friday’s 1.3130 highs. Of course, there’s two sides to every pair and other currencies are exerting pressure too with GBP down vs USD, JPY & EUR.

In the current standing, the market doesn’t seem overly keen on the deal currently taking shape. It senses that it’s going to fall short of expectations on both sides which could lead to further stalemates, and thus raising further the prospect of a no deal.

As ever, trading the pound is fraught with difficulties as headline lottery is still the main driver. There is reason to be optimistic about a deal coming but the devil will be in the detail and whether that deal is good or bad. In trading right now, it’s wise to remain open to both directions but still with a bias that a plan is going to land on the EU from the UK. That alone might be GBP positive but it will be the details that will make or break the initial reaction, and that move will come after the algos have jumped on the headlines.

I still favour trading from the long-side as we head towards the Oct summit as both sides seem to have put aside the Salzburg mess to concentrate on getting things done. That nudges the headline risk towards positive news (like Friday). Picking your levels is the key to it all and right now, I still favour the low 1.29’s for longs. 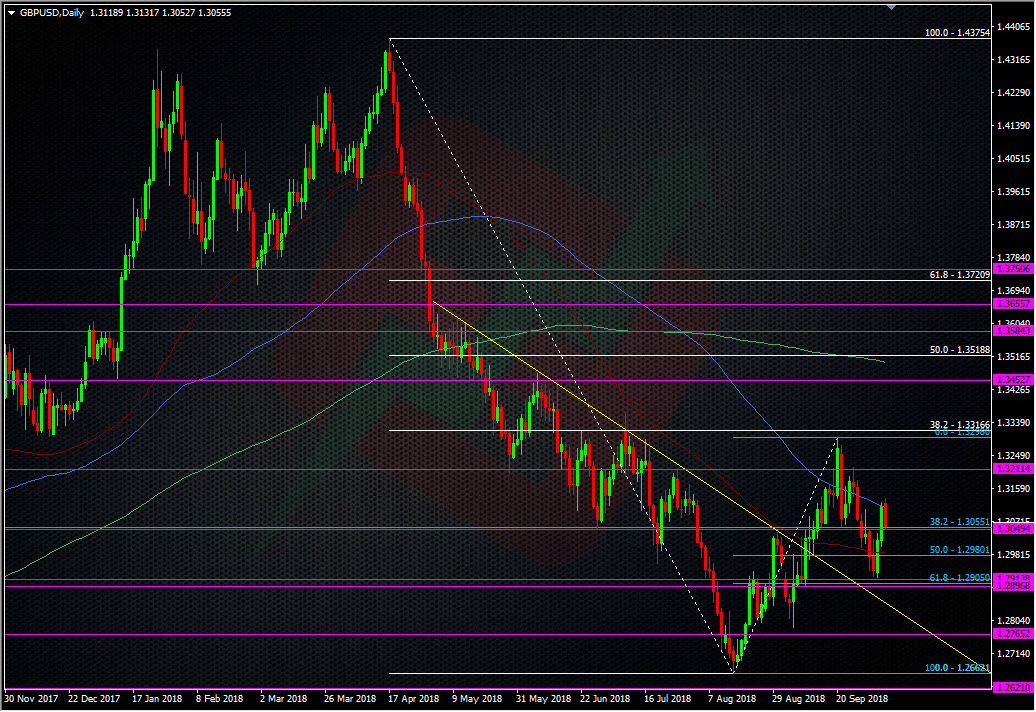 Trading either way I’m going to keep it very tight because of that large headline risk still. I’m also not going to trade for the sake of trading just to try and grab a possible summit move. While I may look to hold a long into the summit, I’m not going to compromise my risk parameters because of it. Bad news is likely to be very bad for the pound and I don’t want to be holding something well offside and “hoping” that the news then turns it around later. “Hope” isn’t a trading strategy. I’d rather suffer several very small losses trading this than one big fat one. That’s how we should always trade big risk events. We can’t just think about the big rewards possible while ignoring the big possible losses too. That’s just irresponsible.