May facing another round of calls for a confidence vote, the DUP backing Brexit amendments to make the EU backstop proposal illegal and we’re still far from a deal. It’s all getting too much for the pound.

GBPUSD has cracked through several support levels and could be on the way to testing the Oct lows. 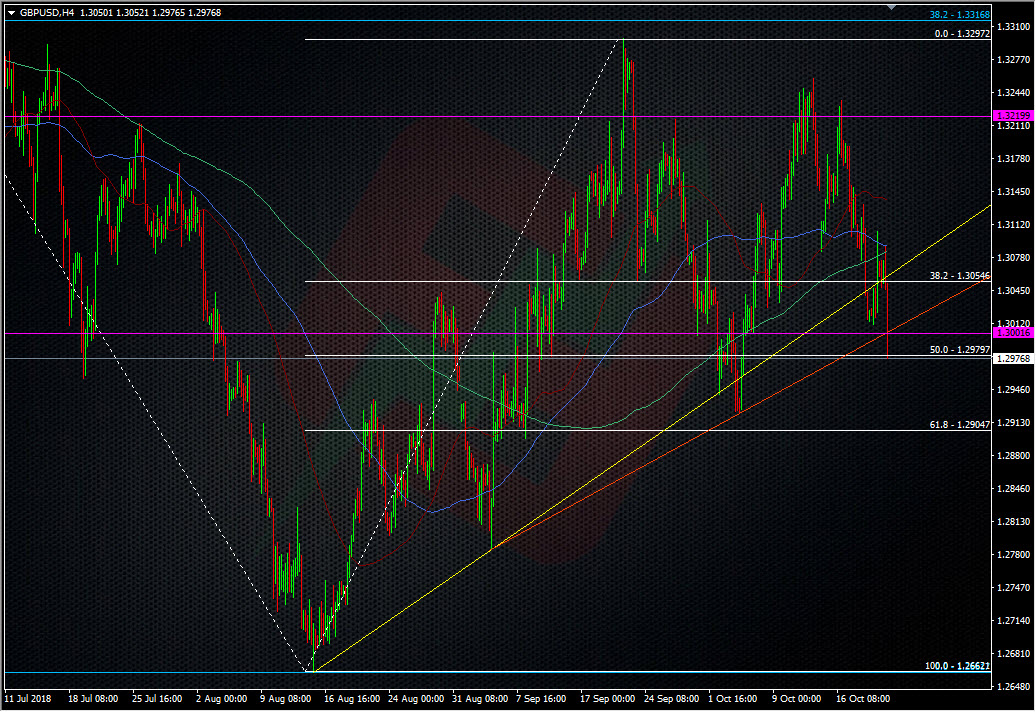 Last week in our room we had a conversation about two trend lines that might have been in play. The yellow one has played both sides but the orange looks defective now. It might be worth watching for a reaction on the way back up but more likely, the 1.30 handle will be the main res point now.

The early Oct lows is the closest main support now, and the 61.8 fib of the Aug swing up. Resistance will be coming in at 1.30 and 1.3015/20 but look for signs that 1.2980/90 might show some too. The risks for GBP are high this week, as there’s a host whole host of Brexit politics coming this week;

Most of these are just part and parcel of the normal procedures that the UK Parliament go through regarding Brexit. There’s many of these types of sessions from all the different sector departments. However, the Brexit political spotlight is firmly on May this week and we’re likely to get additional reporting on all these events. That adds further headline risk for GBP traders.

I’m still long as my next level was filled into 1.30. I’m still happy to scale in small longs as I won’t get overly worried unless I see a move under 1.2800. If that happens I’ll have to re-assess my strategy and positioning.