Forex trading preview – How to trade the BOC

Trading today’s BOC decision is a question of judging expectations. CAD has been on the slide since the GDP report and I’m wondering whether it’s gone too far because the market has become too bearish on Canada. That’s not a sentiment exclusive to Canada and is pretty much in place for most of the major economies.

I’m in the latter camp as I think the market has gone too far after the GDP and other data. However, Poloz has a habit of short-term messaging on monetary policy towards whichever way the short-term economic wind is blowing. If there’s been a pick up, he sounds more bullish, if there’s been a slowdown, he sounds more bearish. That can sometimes translate into stronger hawkish/dovish tones when talking about policy but he can also talk bullish/bearish without changing his view on policy.

To try and summarise my thinking for the BOC. I think Poloz will be strong on the risks for the economy without turning dovish on policy but I think the market is leaning too far over the dovish side. I think there’s some room for USDCAD to go higher initially but I don’t think it lasts or breaks the bigger topside levels. In that scenario, I’d be looking to scale into some shorts, preferably into 1.3500. 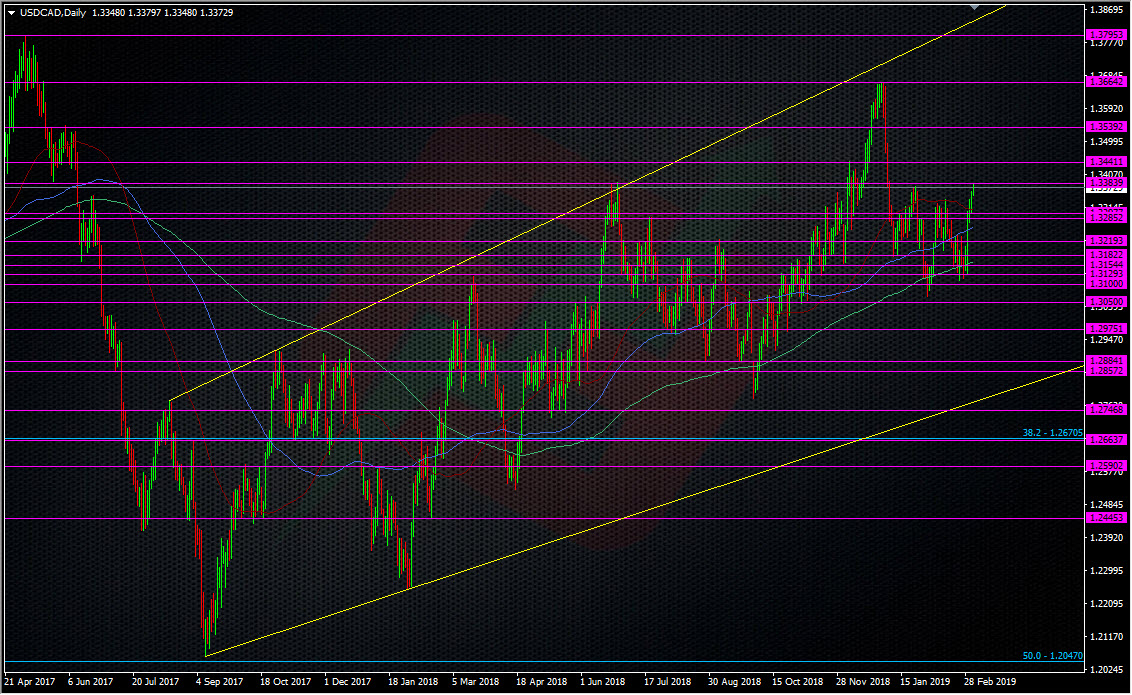 On the other hand, if Poloz isn’t as bearish on the economy as the market is looking for, we’ll see USDCAD drop back. Given how volatile CAD can be, that can be 100-200 pips depending on what he might/could say. I don’t think that would totally change the market’s view on Canada, so as K says, dip buying would probably be the play and I’d be looking from 1.3100-1.3080 and/then through 1.3050-1.3000.

If things are not too jumpy, I concur with Kman that  1.33 should be the significant support level, and that could contain. We do have a prior resistance level up here at 1.3380/85 but that’s too close to the market now. 1.3440/50 would be the one to watch above, before we think about 1.35.

After it’s all done, and the market has deciphered Poloz’s/BOC’s message (there’s no presser today so it’s statement only) the direction will be led by the data once again.

As warned above, the CAD can be a lively beast so be aware of the volatility and that it can often move in waves, so just when you think it’s stopped, it gets a second wind.