Flexibility is a great asset for traders 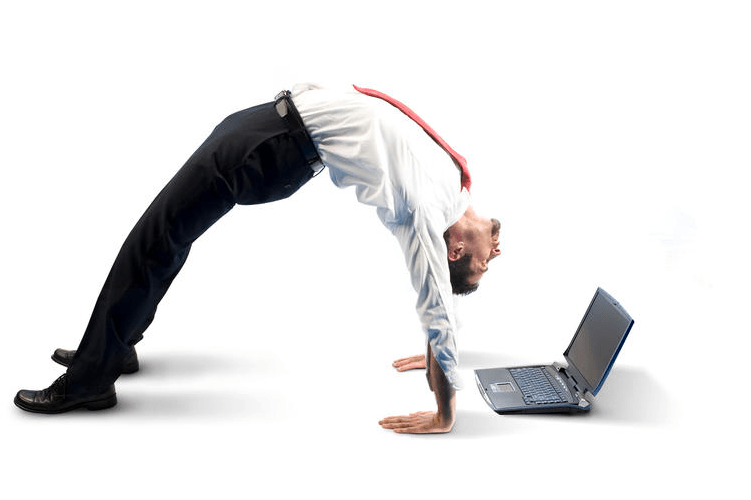 Marry your profits, not your trade plans

I just want to share an example of being flexible with your trading and your strategies. Yesterday, I was orders in for trading USDCAD into a support zone. 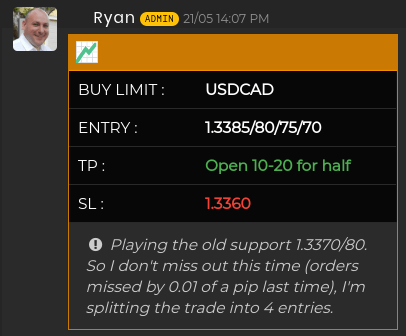 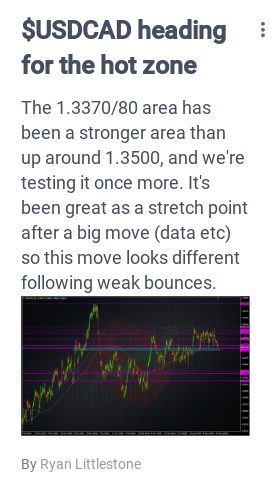 I was filled on the first entry at 1.3385 but then we had a potentially wild bit of data from Canadian retail sales. Not only are retails notoriously volatile but CAD is notoriously volatile on its data too. What I didn’t want was to see a volatile number blow through both my entry and stops in one swift move, because I was running a very tight trading strategy. So, I pulled the rest of the orders and moved the stop on the trade I was on right out of the way (1.3280). That gave me free reign to see what the data did. And, what happened? Better data and USDCAD immediately plunged to 1.3359, which would have executed my remaining orders and stopped me out.

Instead, I watched the price action and entered a second trade at 1.3367 after deciding I was happy with what the data meant and the PA. I then placed a stop below the next support area 1.3335/45. This allowed me to spread my risk to include the first trade and manage the trade against a lower stop at no more risk than I had in the original plan. Part of my strategy was that good CAD data moves have been reversed regularly recently, and that’s now been the case again today as we’re up trading at 1.3420 as I write this (I’ve cut some of the position at 1.3407).

But, the point of this post isn’t to crow about the trade winning, it’s to highlight that you cannot just think of a strategy or trade idea and plow on with it while ignoring factors that can affect your trade. If the data had been something like merchandise trade or housing starts, I’d have been happy to keep to the original plan because that data isn’t volatile. Retail sales is and so I had to factor that risk into the trade. The trade may have still gone on to hit my stop but because I adjusted the parameters, my risk was no more than my original plan, thus a loss I had already planned for and accepted, and I had a better chance of staying in the trade opposed to the original plan.

Whether you trade fundamentals or are just a purely technical trader, you cannot ignore anything that can cause you a loss. Be flexible with your thinking and trade plans. Protect your account and look at ways to mitigate volatile events. Sometimes you might be in a trade and think you have no choice but to ride it out. Wrong! You can ride it out or adjust your plan to suit. You can exit the trade and reenter it after. There’s always a choice.

If you want to see how, and learn from, experienced traders that manage trades like this live every day, check out the ForexFlow live trading rooms on our platform.