Testy times for GBP and Brexit

A big few days for Brexit

GBP has been relatively sedate the last few days but the vol is going to ramp up today. There’s 110 pages of the WA bill that’s being picked apart by both Leavers and remainers, and we’re going to hear about it all day. Those headlines are going to move the pound as plots are sculpted to try and pass and amend the legislation. And that’s before we even get to the votes tonight.

For those votes, it’s pretty straight forward. If it passes, that’s good for GBP. If it fails, that’s bad but not disastrous. A fail potentially means a big can-kick and an election to happen before we get back to passing Brexit. That would put a big top in GBP in my opinion. From there we’d be treading water until the election and knowing who might come out on top in that.

Trading GBP is going to be a bit hairy during the day and up until the votes, expect a lot of chop, and then a bigger move over the the results. If Boris wins through this week and a deal is in place before 31st Oct, we’ll get the next big leg up in GBP. If there’s a concerted effort by opposition parties to slow things down, that’s going to keep GBP in check.

The long and short is that trading GBP is back to being not much more than a gamble, so take care. As UK MP’s have shown us time and time again, they can find ways to upset any of the best laid plans so expect the unexpected and don’t rely on anything, including the tech on the charts. For now, I think this graphic is still valid as a guide for possible ranges but it’s a guide only. 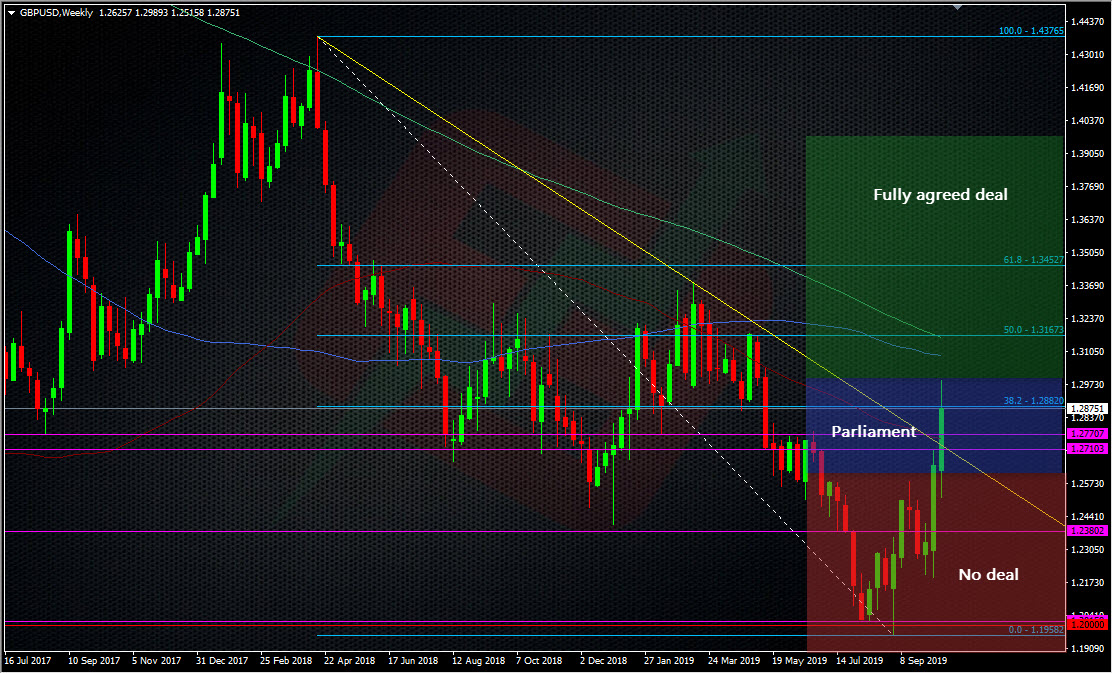 Here’s an update video on the current Brexit picture.

One day this will all be over (crossed fingers and toes) but this week isn’t that time.