The Art of Knife Catching 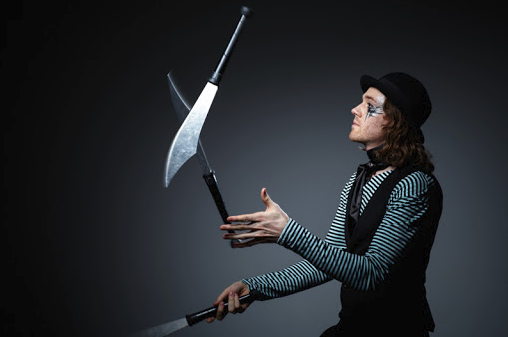 Like most people, if I’m not on big moves like this, I’m getting the itch to catch the knife. However, far too many people just think that because something’s gone down a lot, it’s going to up again quickly too. Attempting to catch knives is fine to do, as long as you do it properly.

If you have a level you like, trade it but be mindful of the which way the wind is blowing. Keep risk low in case you’re wrong, and be quick to admit you’re wrong (I threw away a AUDUSD long try yesterday for that very reason, and saved myself some pips on the stop), rather than going offside and being stubborn that you think you’re right while the price action is telling you different. That’s when you do your arse.

The best way to try catching the knife is wait for support to develop. That’s usually as simple as seeing some form of double bottom, preferably with some amount of time between them, say a few hours or a day. That’s when you then have a bit of confirmation that the price (for now) has stopped dropping, and it gives you a good level to lean on.

Sometimes that might happen on a old defined level, sometimes it happens out of the blue.

GBPUSD and EURUSD are cases in point. 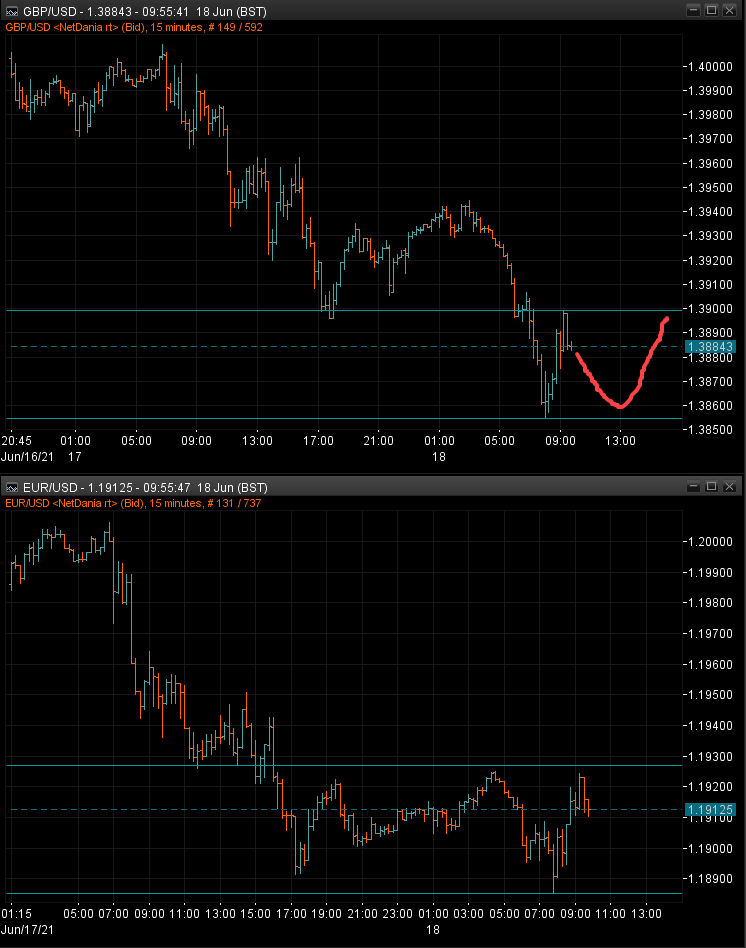 EURUSD has attempted to find a bottom as we have 2 confirmed low levels 1.1885/90. Now we have something to work with. We’ve also got confirmed resistance into 1.1925/30. Right now we’re seeing a bit of balance in the pair. More so than anywhere in the last 2 days. So, it’s pretty simple, we’ll either break 1.1925/30, or we’ll break the lows. Until one or the other side breaks, we’ll sit in the range.

GBPUSD is still work in progress. We’ve not had that second confirmation of the low but we are getting confirmation of resistance at 1.3900. so, as per my loose mark on the chart, I’m watching for that pattern to tell me whether sellers have finished for now (but as I type this, we’re breaking out of the resistance).

From watching this intraday price action we can then have a greater conviction to trade because we have defined levels. Want to go long EURUSD? Do it on the support but keep your stop tight if wrong. Under 80 and chances are you’re wrong. Same up top. If you think shorts are still the play, 1.1925/30 is your level, 1.1940 you’re wrong. If you want to buy it, buy the break of 30’s and use the level as your stop (or just under). None of those sort of trades requires anyone to throw the kitchen sink at it, just be nimble and manage the risk.

Of course, while watching these low timeframes can give us a great view, remember to look at the levels on the longer timeframes. For example, I have a level in EURUSD at 1.1860/70, so a break of 85/90 might not run too far. Once again, the job is to analyse and know where all your levels are so that you don’t jump into something on a 15m chart, that runs into a brick wall you had 20 pips away on your daily chart.

So, if you’re going to juggle the knives, do so safely.