US Fed FOMC preview – The taper that doesn’t matter 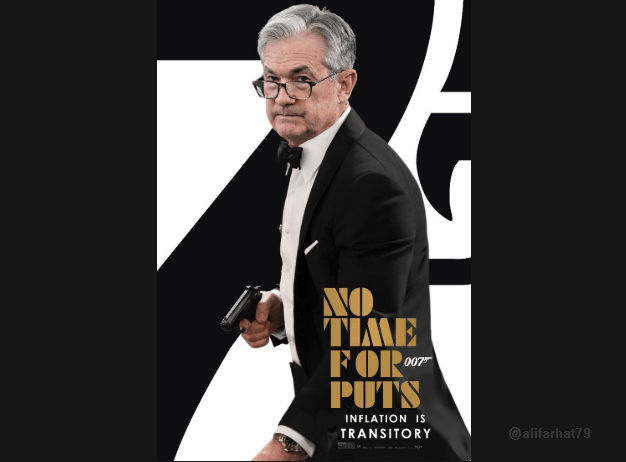 Some final thoughts for today’s FOMC

As you might expect, our chatrooms this past week has been full of central bank talk and who might do what and when, and now attention has turned to the Fed.

I’ll start by repeating that I don’t think the taper is a big deal at all, unless it’s less than 10bn or more that 20bn, and even then, I think it’s the duration of the taper that’s more important as that will determine the taper amount. Given what many Fed members have said about finishing middle of 2022, the window of expectation is pretty much from now until end-July, so 9 months. But, it depends on when they want to start and finish. That could mean Nov-Jun, Nov-Jul, Dec-Jun, Dec-Jul, Jan-Jun etc etc etc.

Between 13-20bn is probably a very acceptable ballpark for the market but I’ll repeat, I don’t think it’s that important to anyone other than the algos who can’t analyse it like we can.

I also had a random thought a few months ago that they may also concoct some other leftfield way to taper, like every 3 months, or maybe some sort of sliding scale. It’s probably unlikely but the fact it could be possible means we should note it as a risk.

That takes care of the taper, and the rest is on the messages about rates, jobs and inflation in the future. What not a lot of people in the market are talking about is what might halt or reverse the taper, i.e what turns the economy or the virus might take that would get the Fed nervous. I think this is one of the big risks for today. If the Fed want to dampen hawkish expectations, they can do so by highligting their worries. My colleague Stelios has been saying similar about this too. I think the time has passed where CB policy is going to be used for virus issues, unless there’s a big return to lockdowns, which I don’t see happening, so the Fed will pass that worry onto the government and fiscal responses.

We’ll need to hear how they’ll update on supply issues, not only from the price perspective but from the demand perspective. Demand dropping because you can’t get stuff you want to order is not the same as demand dropping because of a lack of activity meaning you don’t want/need to order stuff. The effects on the economy are the same for both though (negative) but while you might influence the latter with easy mon pol. you won’t the former, so how they may explain what to do on that conundrum could be worth noting. If they do say they may stop the taper or ease on any negative economic impact, that could hit risk hard, whilst also confirming they’re really clueless. The sensible option would be to say that while real demand is still evident, any negative effects are transitory, and I’d applaud them for that.

But, when all is said and done, only the Fed knows what the Fed will say and so while we can analyse it to the nth degreee, it will be what it will be. Aside from the positions I’m currently running, I’ll only look to trade the outcome once I know all the details. I have no real bias for USD over this. The taper is here come what may (be it this month or next), and while Powell will likely praise the conditions for getting to a taper, he’ll look to keep any market hawks well grounded over rate hikes.

If you’re struggling to work out the possible trading implications for this, or how to unravel all the Fed speak when it happens, come and join our large trading community where all your questions will be answered.