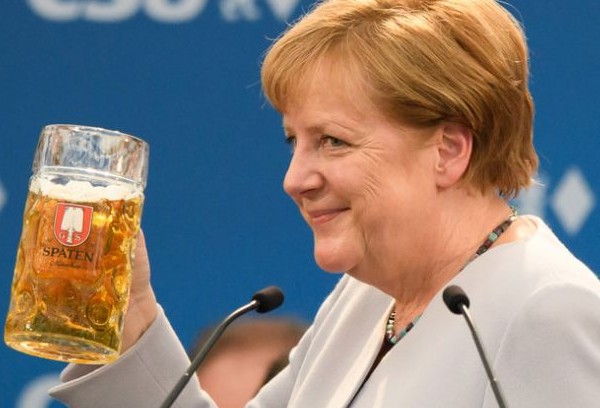 Yea, we’re got another European election coming up as Germany heads to the polls this coming weekend

We’ve had a bit of breathing space since the French elections but we’re back in he thick of it this coming weekend as Germany and New Zealand open the polls.

The latest opinion poll on the German affairs comes from INSA and shows Merkel still well out in front, though down a smidge from the last one.

There’s been no real market hedging on this one as the outcome is pretty certain but that in itself brings a trading risk if there is any sort of upset. We may see some last minute hedging in various pairs into the weekend, and we’ll have a look at the FX option vols nearer the time, for signs of increased hedging.

Merkel will be hoping the next stein is a celebration one