JPY and CHF down in the dumps

It’s all relative of course but when you’re watching flat lines in your charts and suddenly they spike, it looks like something is going on.

Yen and swissy pairs are on the rise, anfd have been breaking new highs for the day. 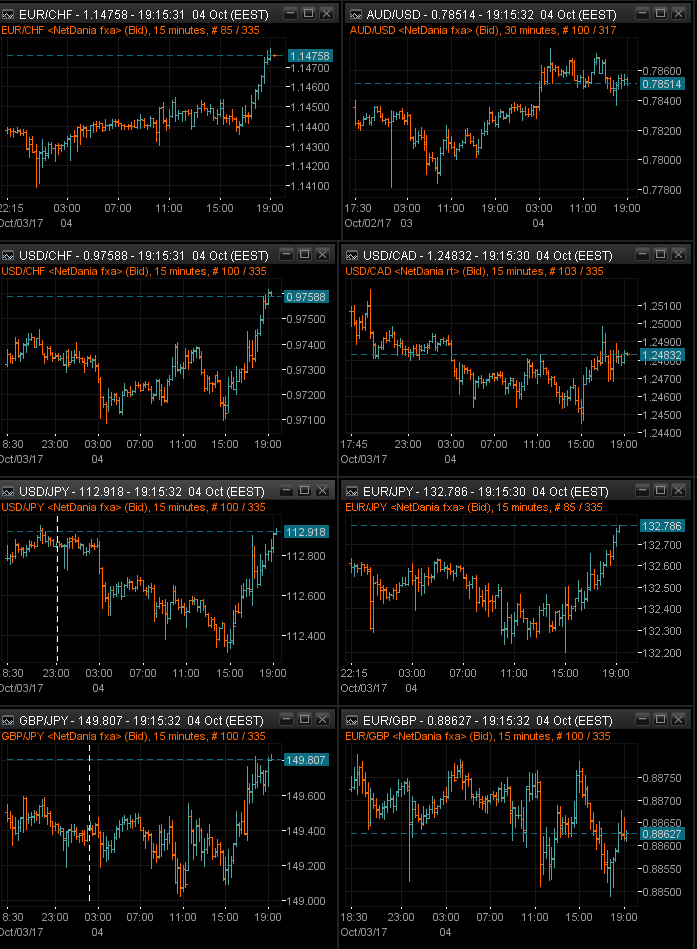 Why those currencies are out of favour is beyond me but as I say, it’s more an illusion of the chart than anything else as we’re only talking moves of 30-50 pips.

It’s been a slow day as I’ve been waiting to dangle a short in cable at 1.3295 all day and I’ve given up. It can wait until tomorrow.