Traders education: When is it a good time to take profits? 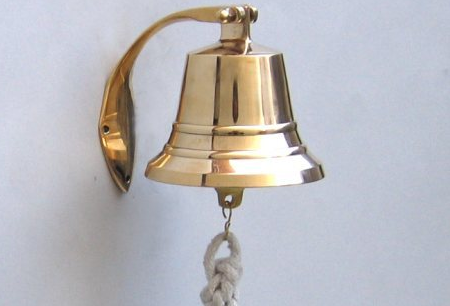 If getting a trade right is the first step, the second is knowing when to take profit on it

No one said trading was easy and at every step you always have a decision to make. One of those decisions is knowing when to take profit. Let’s get one thing out the way early. There is never a bad time to take a profit, be it full or partial.

The battle we traders face is when the psychology kicks in. It’s all fine having a trading plan before trading. We have our entry, our stop levels and our take profit levels but rarely is it as simple as waiting for one or the other to get hit. Most times we’re eyeballing every pip that moves for or against us when we’re in a trade. We get twitchy if we go offside, because we don’t want to lose money, and we get just as twitchy if we go into profit, because we don’t want to see that profit disappear. This psychological fear can lead to us closing positions early and missing out on further profits. If we get out of profitable trades too early, and sit in our losses until our stops are hit, the chances are that that ratio will be tilted to the loss side (i.e. we’ll take a bigger loss than the size of gains we’ll make by taking early profits), and that will damage our accounts over time.

How do we solve this problem?

In the first instance we need to know the type or market dynamics that we are trading in, and want to trade in. Are markets in big trend moves, or are they in a consolidation or non-trending period? The perfect example is sitting right in front of us. We are coming to the end of some very big and long-term trends. We’ve had immense moves in some pairs and just buying every dip, or selling every rally isn’t the easy play anymore. We’re seeing a lot more two-way moves that in themselves are quite big. Take GBPUSD over the last couple of months, 1.27 to 1.36 to 1.30 to 1.33. That’s not a trend and so we need to react according to the market dynamics.

When we’re looking to get in on a trend, we can take a much wider view of the world. We can see the big technical levels in our way on both sides of the market. We have a greater amount of time to plan and prepare and so we can get our mindset right from the start. Whenever I trade long-term I’m always looking for the places that will cause my trades to pause or stop entirely, and because they are usually spread out over many pips, there’s no need to rush a trade. If I’m long and hit a big speed hump I’ll watch the price action and match that against my strategy. If my strategy is still sound but the price action isn’t playing ball, that’s usually a big signal to take a small amount of profit, just to bank some money, and then wait it out until it carries on going my way. Trading long-term means the psychological aspect doesn’t play as big a part because 100, 200 or 300 pip moves are pure noise and not necessarily game changers. The key point is to highlight a potential problem area and then maintain control over whether you take profits, rather than letting fear decide.

Let’s use current dynamics again. We’re in periods of consolidation and non-trending markets. EURUSD has been stuck in a rough 300 pip range since July. USDJPY has done a bit better, and GBPUSD is all over the place as and when a headline hits. It means that we need to take a different approach if we’re trading short-term or intraday. For me the whole dynamics have changed because we’re nearing the end of these big trend moves. No longer does the dollar rally 500 or 1000 pips on central bank or US fiscal expectations. These are normalising markets where trends disappear and we range. Due to that, we have to change our approach. You can’t buy a dip off of a 15m chart indicator and slap a 300-pip profit target on it. In a currency like the pound, you can be flipped out of a trade on a single unannounced comment.

When I’m trading intraday in these markets, the first thing I look to do is lock in the first available profit. If I buy the pound looking to take 50 pips, and I go 10/15 pips onside fairly quickly, I’m taking half off and moving my stop up to nearer break even. No questions asked, no second thoughts. I’m in a high-risk currency and I’ll book the trade into a profit at the earliest opportunity. Once I’ve done that I can relax and micro-manage the rest of it without the fear eating away at the back of my mind. If a market is jumpy as a box of frogs, getting yourself into a profitable, and more importantly, non-losing situation should be your first aim. If you’re paying real attention you’ll notice that the approach is pretty much the same as when trading longer-term. I’m looking for the levels and speed humps but I’ve got to be quicker and nimbler.

Secondly, If I get a whiff that my trade is struggling to hit target (using the example above, let’s say I’m 45 pips up of my 50), again, I’m hitting the profit button on all or a majority of the balance, and again, moving my stop up on the rest. There’s a reason the saying in my mini bio down below says “Don’t be a Dick for a tick.”. Why potentially risk those extra 5 pips profit if the price action isn’t playing ball? At the very least, move your stop right up so if it does reverse, you don’t give back 30 pips trying to hold out for the extra 5. If you do that, you can again sit back carefree and see what happens with the rest of the trade. Maybe you’ll get the 5 pips, or maybe the trading gods will smile on you and give you a few more. Either way, you’re locked into some profit and the rest is risk free.

Lastly, don’t be afraid to bail for even one pip if you don’t like the look of a trade. Remember my main trading rule, trading is not about winning, it’s about not losing. If you’re in the money but don’t like the look of something, get out. If you want to fight the psychological fear, when you go into profit, stick your stop 1 pip better than break even. It’s something I often do just so I can claim a winner, even if it’s one solitary pip. That’s my win over fear.

All this is often far easier said than done. Reading how to do something when there’s no trading pressure is easy. Putting it into practice is the hard part but if you’re disciplined enough, and follow the same rules over and over, it will become second nature. Will you get it right every time? Certainly not. For all my years doing this, I don’t get it right every time either. But, as long as we get it right many more times than we get it wrong, our accounts will be fine.

Perseverance will lead to a win