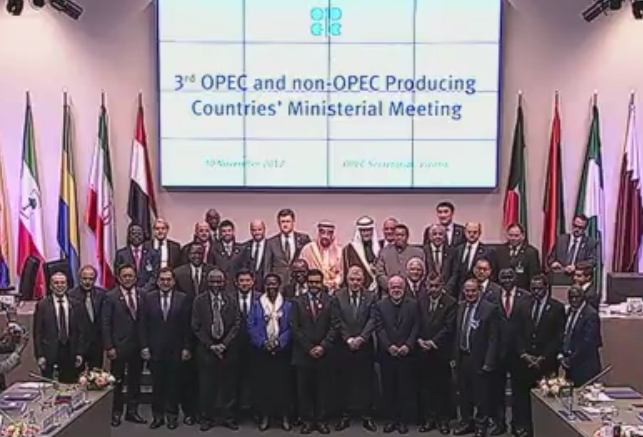 Headline comments from the OPEC meeting

We’ve more headlines from the OPEC meeting though again, they’re comments from members during a break between the OPEC and the OPEC/Non-OPEC meeting so not officially confirmed, although we can probably most as a given.

The lastest expected is;

That last comment came from the UAE minister and that might be news that is not really exepcted. It’s a comment that’s not being picked in the wider media so it could yet have some bearing for prices if there’s further details. That’s something to watch because more countries joining the agreement will be supportive of prices.

As I type, another delegate from the OPEC/NON-OPEC meeting says that they agree to the End-2018 extension.

Brent is down towards the lower end of the day’s range at 62.45. The low so far today has been 62.19. I’m still happy to hold my short at 63.40 but there is still a small possibility of some headline risk (like the one highlighted above) when we get the official presser sometime soon.

Update 16.59: Reuters are reporting details from an OPEC communique

This is something a bit more solid thatn doorstep comments. It’s nothing really market moving though Brent now trades 62.30 after taking a new low at 62.16.