114.00 barriers in focus as USDJPY hots up ahead of the Fed

The US dollar has continued to find strength today

The buck is on the front foot today but in the context of recent trading sessions, we’re not exactly breaking any new ground. That’s the problems with chart watching sometimes, nothing happens all day and then a 20/30 pip move looks like something special.

With a high of 113.78, we’re hitting an area of resistance from early/mid Nov after another failure around 114.00. 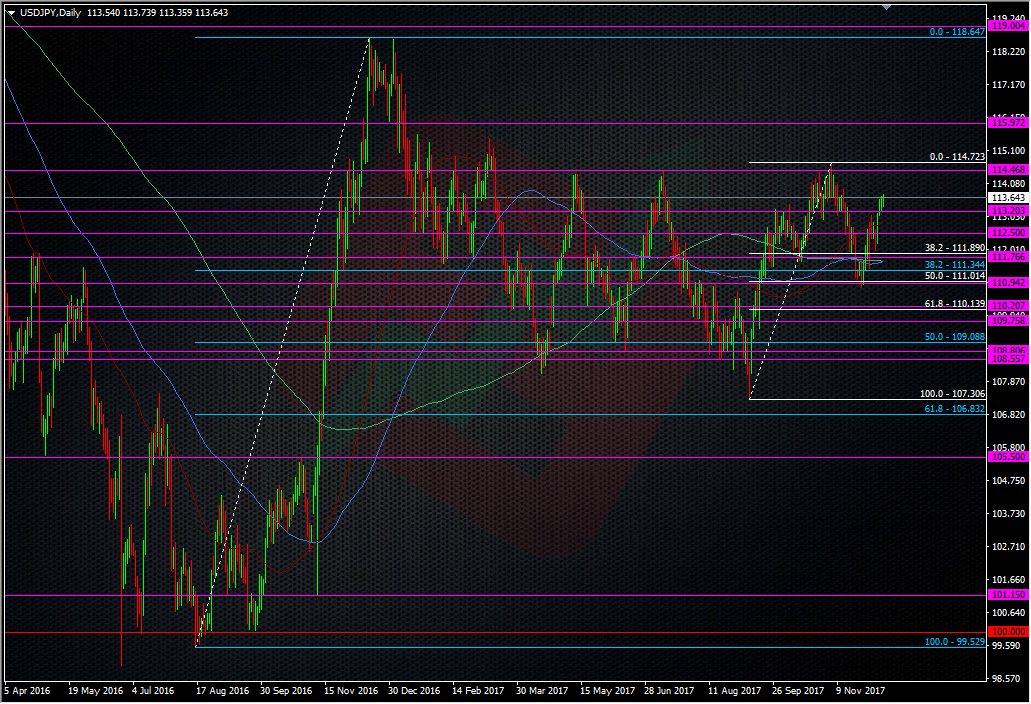 This 114/115 area has been a very strong resistance area and even with a hike expected tomorrow, we’re going to need some big news to not only break it but then hold that break. What’s also adding to the resistance up here are barrier options lined up at 114.00, 114.50 & 115.00. The 115 option has been in place for a while, alongside it’s brother below at 110.00. This one is said to be the larger of the three up here so we’ll have to see how strong the 114 & 114.50 ones are. If they’re anything like the 0.75 barrier in AUDUSD, they should be up to the task of keeping the price in check, at least until the Fed tomorrow. If they’re still intact tomorrow, I’d probably place less reliance on them with the increased volatility we’ll get over the FOMC. I will be watching the 115 barrier very closely though, as that’s the one that could mark an FOMC top.

For now support is looking likely around 113.50/60 and then 113.35/40. There’s also more than a few traders watching the cloud here as we’re holding just above.

I’m not a big cloud watcher but my colleague K-Man is, and if there’s talk of it in the wider market, it may be worth keeping an eye on.

The reality of this move today is that it’s still less than 40 pips from bottom to top, so again, we’re hardly likely to see traders push the boat out. I’d be interested in shorting a first test on 114.00 and the barrier, just for a scalp but otherwise I was only really looking to grab a decent dip to run into the Fed. For now, my main aim is to see how we perform tomorrow, with a view of selling into a decent Fed induced rally (depending on the details). I still believe the Fed is going to be hard pushed to justify further hikes given the slow burn in inflation, so I’m expecting a lot of bluster about how the economy has performed this year and that they’re going to remain data dependent throughout 2018 but not much else.

The last big thing to note is that all the above could change if we get a big variation in the CPI data tomorrow. The least the market will want to see is an unchanged number. Anything better and we’ll see further USD strength into the meeting and the 114 barriers could be fried. Conversely, a bad number will sink the dollar but that might just provide another opportunity to buy a dip into the expected hike, as I doubt it will change the Fed’s course. We’ll cross all these bridges when we come to them.