Once again, Kman has lit the fuse on what he’s expecting from Powell today, and I’m in agreement with him entirely. It looks like we’re just going to tread water in USDJPY so my plan to trade between the Japanese flows looks a dead duck.

As there’s some price risk potential from the event, we may as well look at the bigger picture to see what trading levels are lurking. Despite the pair finding a bottom, I’m still bearish this pair and the lack of a decent bounce keeps that sentiment in place. It’s almost as if traders are waiting for a reason to kick it lower, or are waiting for a better bounce to sell it higher. Whatever’s going on we can only trade what’s in front of us. 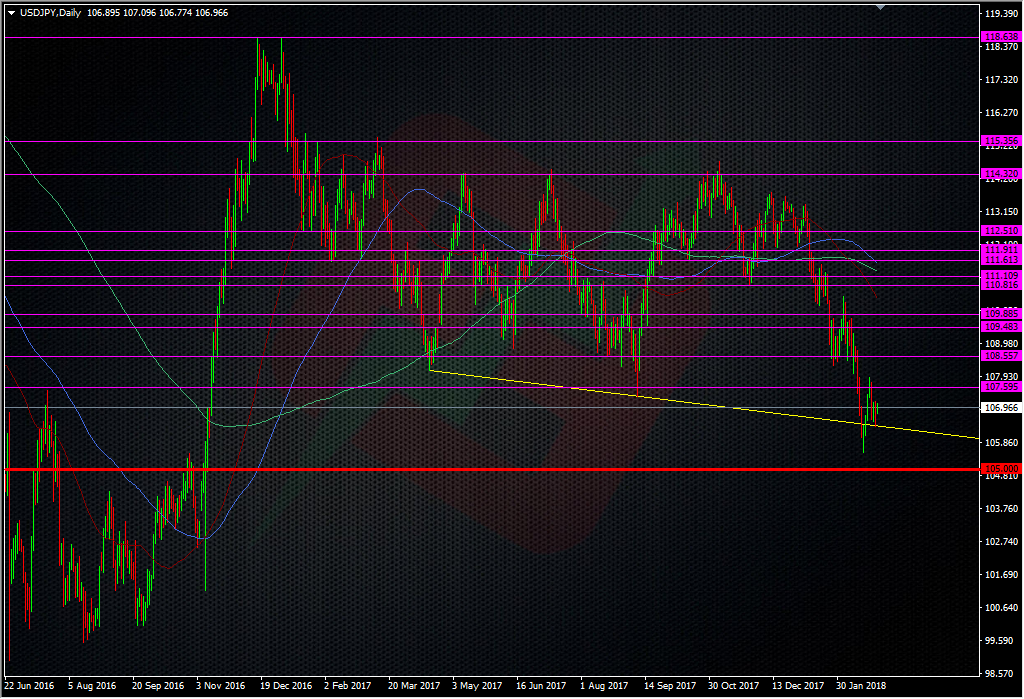 To the upside, 107.60 is a historical level S&R point but it’s only had a minor say recently (check the H1 chart). 107.85/90 was where we’ve twice found resistance on an attempt at 108.00. 108.50 is where I’m expecting the bigger resistance to be sitting. Should we get above there then there’s some big news afoot and we’re likely to see recent shorts capitulating and a run up to 109.00+.

Recently, despite being bearish, I’ve missed out on shorts, mainly due to my prefered entry levels not being hit or because moves have happened while I’ve been asleep. I’m eyeing the 108.00 and preferable 108.50 area for a short trade, while keenly watching how the downside trades with a view to longs into 105.00.

As Kman mentions, Powell’s testimony might not be the where the big moves happen but it’s a risk. The text gets released at 13.30 GMT, and then at 15.00 GMT the hearing takes place where he reads out the testimony before taking questions.

As long as he isn’t as boring as Janet was in these things, that will be a win in itself 😉

Good luck to you if you tradng it too.