Brexit news shifts the heat from the EU summit – What’s next for GBP?

The news today pretty much makes the EU summit later in the week a non-event. The rushed EU member state meeting today ahead of the Davis/Barnier presser now obviously seems to be where today’s events were agreed and confirmed, and thus the summit will just be used to rubber stamp things. Barnier may have played it all down a touch by saying that it all still needs approval by the EU but as he’s the one to put forward the observations, this is likey to pass unobstructed. At least that removes the trading risk for the summit now.

And so we move on to the rest of the week, which is still a big one for sterling. I suspect that the pound might unwind some of the gains now we’ve had all the news (indeed we’re trading down to 1.4047 as I type) but where that might end up is unknown. There’s potential support here at 1.4040/45 from the initial upmove but that needs to prove itself. 1.4000/15 is the bigger test.

With a raft of UK data (CPI, jobs & retails) out ahead of the BOE on Thursday, we’ll have to see what appetite traders have for keeping the pound up here. In my view, and with a May hike the favourite for market expectations, this could be a meeting where we see a May hike cemented IF we see some of the MPC members voting for it. As usual, uber hawk McCafferty will likely lead the way but even if he’s not joined by others, it will still confirm that the ball is rolling for a May hike. There’s no April meeting so this one will be the one for the bank to use to signal what might be coming. However, that could all be undone if the data (especially CPI) comes in much softer, at least from the market’s point of view. Don’t forget also that the Fed brings it’s own risk to cable.

To trade this going forward from here, I’m going to be watching 1.40 carefully but I’m cautious about picking a trade to hold for any length of time, given the upcoming data risk. I’ll be keen on a long down around 1.39 to run into the BOE but I’ll have to see how how and why we’re there. If the data comes in positive, the market will keep the pund bid up and we could be heading back to the early year’s highs. 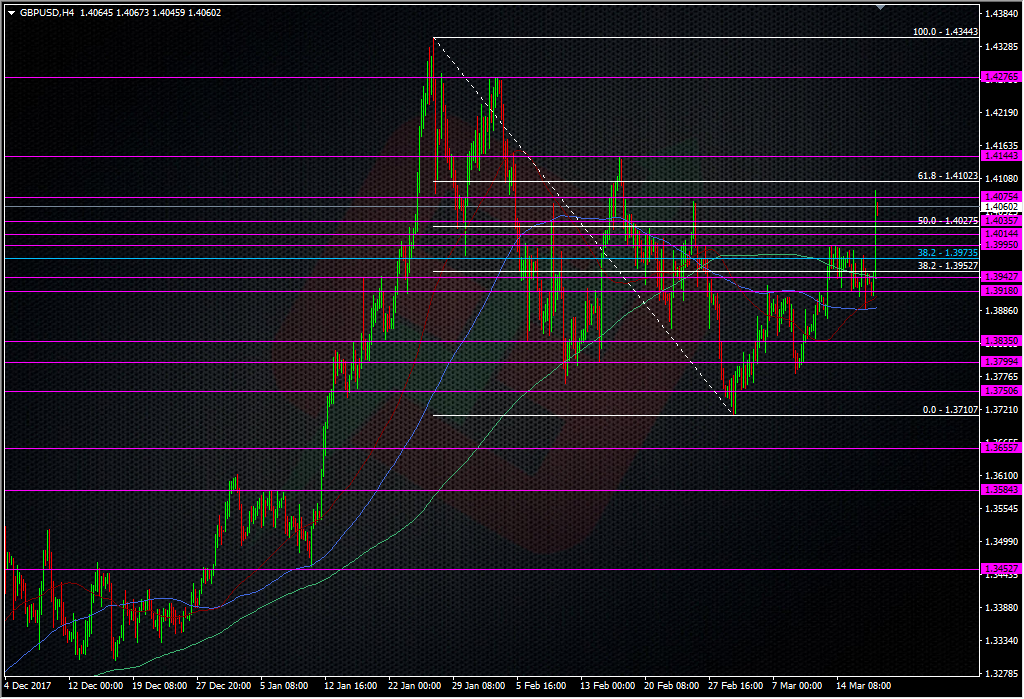 There’s heightened price risk for the pound here on out, so that means we’re going to have to be nimble with our trading. We can just as easily end this week at 1.38 as we can at 1.43, on both UK and US events, so I’m not going to get too deep into any trdaing or positions, because of the headline risk. If I do trade, I’ll be picking my levels carefully and locking in profits, and limiting losses as soon as I can.

Also spoke to Core Finance today about the risk for GBPUSD;