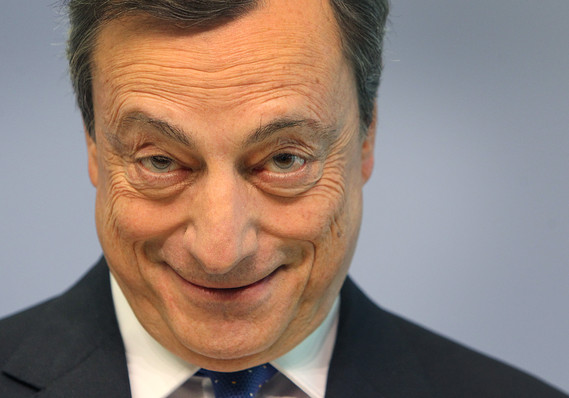 While Facebook stock faces another dodgy day’s trading, perhaps we should be looking at trading other faces.

The Japanese boffins who have been analysing the facial expressions of Bank of Japan head, Haruhiko Kuroda, have turned their attention to ECB’s Mario Draghi. They reckon that Draghi shows increased signs of sadness when he’s about to announce a meaningful change to ECB policy. They say he showed these signs before when he announced tapering in Dec 2016 and Oct 2017.

However, according to the researches, Draghi had a lower emotional score than Kuroda, meaning he perhaps had more control over his emotions than his BOJ counterpart.

There’s almost a case to be made that if someone knows that they’re being studied, it can force them to act differently or indeed enhance their reactions as they try harder to cover them up. Watching peoples faces is a tried and tested method in poker so why not in trading and watching central bankers?