Are we really that close to a trade war? 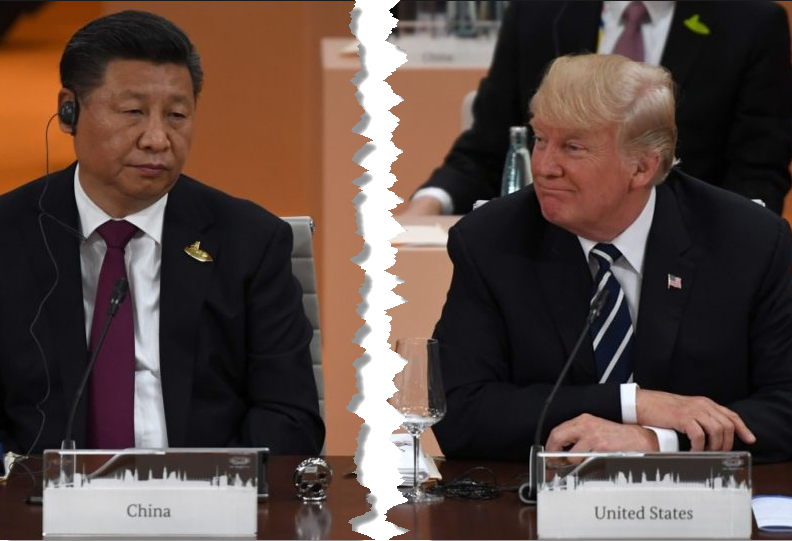 “Global trade war” is the market theme right now but how close are we?

You’d have to be living under a rock not to have been completely bombarded with “trade war” news and commentary these last few weeks but the big game has stepped up to US vs China. I’ve mentioned previously that China has always been the main goal for Trump. The way and speed that he’s handed out tariffs and then exemptions to other countries shows the threats were never truly real, although Japan may still be a tad worried. It’s brought countries scurrying to the negotiating table faster than rats to to free food, all while the foreground noise is about reciprocation. Germany’s Altmaier couldn’t book a ticket to the US fast enough when all this happened.

China is obviously a bigger kettle of fish and while I may have called Trump a genius for his actions on tariffs with other countries, he might be takling the wrong tack with China. They’re not going to be threatened to the negotiating table.

So far the war of words between China and the US are more bark than bite, and that’s important. In the gran scheme of things the threats aren’t being matched with actions. The US is shouting loudly but has only made piecemeal representations to the WTO, China, the same, and that’s what’s really important here. At the moment it’s all really posturing, and chest beating, and if the market can sticks its head out from hiding round the back of the sofa, it might see that and risk trades won’t get such a bashing.

So, all the noises from both sides (and to coin a phrase we use over here) are ‘all mouth and no trousers’, and that’s no reason to see risk trades hit so hard. That’s not to say things won’t get nasty but at the moment, the kids (Trump & Xi) are running to Daddy (WTO) to sort their arguments out. If it steps away from that to big direct action, then we’ll have something to fear. While the market is now carefully tiptoeing through the trade war headline minefield, what do we need to look for as a sign that things are hotting up?

China has already said that if the US brings up currency manipulation in its arguments, they’ll act. That’s a potential direct threat to mess with the yuan. China could also fire a warning shot to the US by selling a big clip of Treasuries, just to remind them what they’re holding. If we see US yields spiking massively, that could well signal some action from China. These types of things are what will really define whether we’re witnessing a playgorund spat or something more. As I mentioned, Trump moved very quickly between issueing tariffs and then exemptions, so if the same happens here with China, then we’ll know his game is negotiation and not a war. If it drags on, then it could be something bigger.

For trading, we’re still in the phase where headlines could turn positive in an instant (or continue to come out negatively). We could hear that Trump and Xi are going to have a sit down. That will calm a lot of nerves and risk trades will rally. Japan could still get an exemption, or there could be stronger talk on the free trade deal the US is after. Again, any news like that will see a better mood, and a rally in yen pairs.

We can do nothing about the headline risk now, which is vastly elevated but what we can do is manage our trades appropriately, and that means keeping stops tighter so that we’re not caught out by big news, or we can reduce trade sizes. The main risk with headlines is if you’re trading lower timeframes so it can be a good exercise to switch to trading the higher timeframes where there’s less noise. It means you might have to be more patient in waiting for your levels but it also means you can ignore a lot of the short-term noise and focus on the bigger trends. Trading is all about adjusting to the conditions in front of us, and in the space of 4 months, we’ve gone to very low volatility to massivley increased volatility. We need to acknowldge that and adjust to it.

None of us knows where all this will end up but we are able to control how we trade it.