A horrible day for GBPUSD today. Where’s it going to end?

A wretched day for the pound continues.

The pound is continuing its slide today and there’s no signs of it stopping. 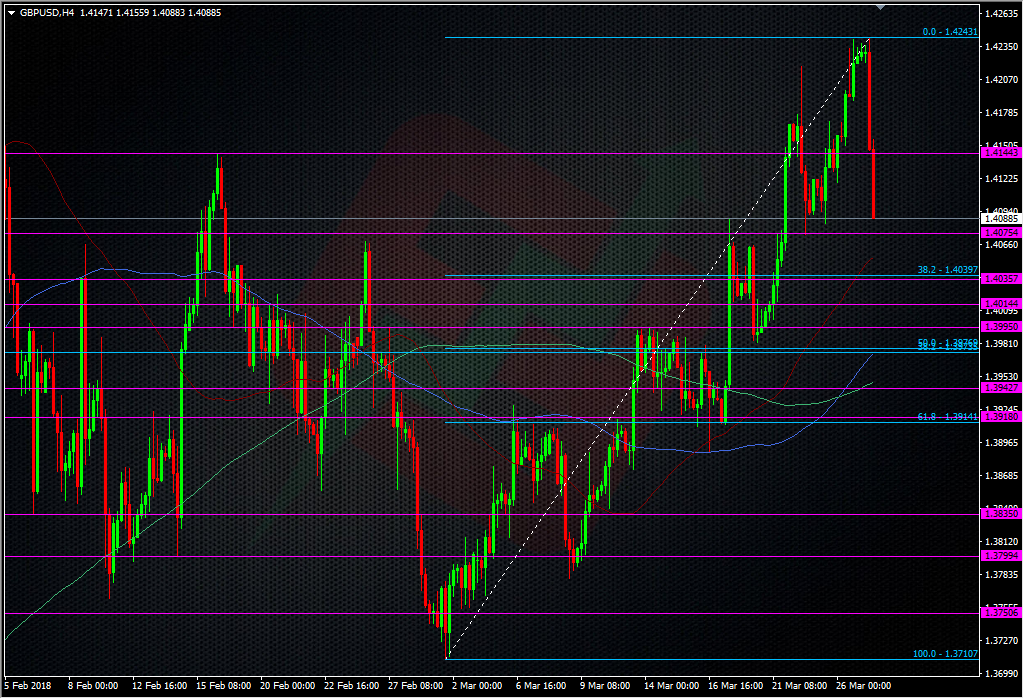 That level has been a player all the way back to Jan, so it’s shouldn;t be dismissed. We’re now down some 170 pips door to door and that might mean we’re near a stretch point. End of month, M&A action for the pound, reduction of trade war fears boosting the dollar, could well be the main driver that’s making the quid stand out from the rest.

I tried the catching the falling knife trade earlier and lost a couple of fingernails rather than fingers, mainly due to going small on mytrade size. The 1.4075 level is one I’d consider trying again but still only small and with a tight stop. Things look a bit busier on the tech from from there down through 1.4040 and into 1.4015/20, 1.3995/4000 & 1.3975/80. There’s nothing wrong with trying to catch the knife as long as you plan properly, use the levels to lean against, and keep your risk low if you’re wrong.