The battle is still raging in EURCHF at 1.20 – What lies ahead for the Swissy?

Sometimes watching the price action is like watching a good film. EURCHF has a great plot and all the twists and turns of a Hollywood blockbuster

We’ve got a very interesting fight between buyers and sellers in EURCHF.

I learnt late last night that there was barrier action up at the big figure, and there were all sorts, from exotics to knock outs. We had our suspicions here at ForexFlow that such options existed but the info didn’t come to light until too late. That said, there’s a huge amount of selling still up around 1.20 and the buyers keep getting slapped down. They’re also picking themselves back up again to keep prodding. At some point something has to give, either the buyers win and properly break 1.20, or they give up and head to the exits, and we see a bigger drop. At the moment the sellers look like they just have a brick wall and they’re happy to sit there and keep supplying offers rather than trying to force the price lower. That smells of central bank messing but more on that in a bit. 1.2005 ws the latest high, and 1.1960/70 is where the buyers are regrouping. 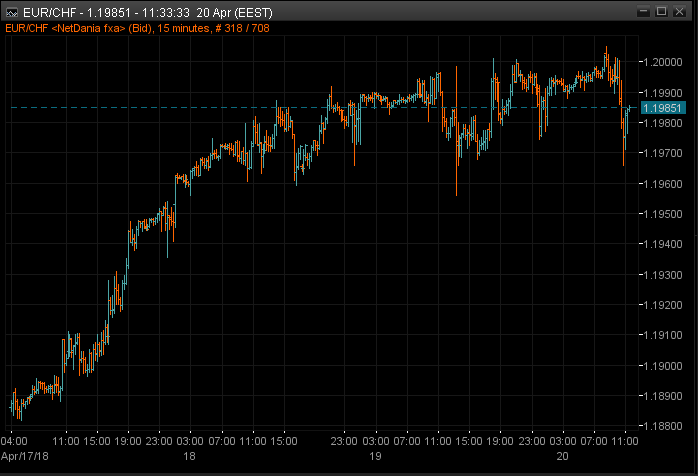 The wider technical picture is a bit more messy. Because of the prior cap put in by the SNB, the use of TA for that period is a bit flaky. 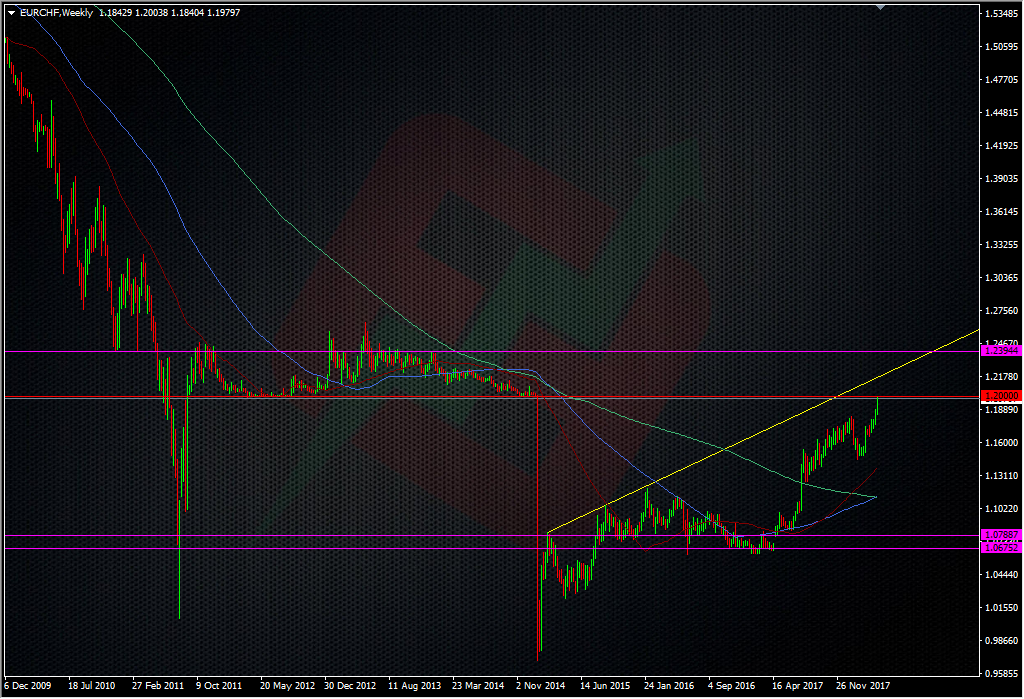 Trying to zoom in to that period and get a clear picture isn’t too easy, plus the market wasn’t really trading it technically at the time. Buyers lifted near 1.20 and sellers hit the rallies. There are some various levels that shown up purely as S&R points so I’m mainly sticking to those, and I’ll list a few here, just to keep note of;

Those are just some standout levels, and maybe need a few pips room but keep them in mind.

So how do we trade a break?

With this 1.20 level being so big for so many reasons, we’re likely to see it become very solid support if it goes properly. That will become the line in the sand for longs, so a good place to look at longs on re-tests. Outside of that, the tech will have to develop, just like it has done for the last 3 years, so let the price action do it’s thing and watch for signals that new highs are developing, and the same for support. Let the picture be painted for you rather than trying to guess what it’s going to be.

Now, of course we may not break 1.20 and that will mean we head lower again. 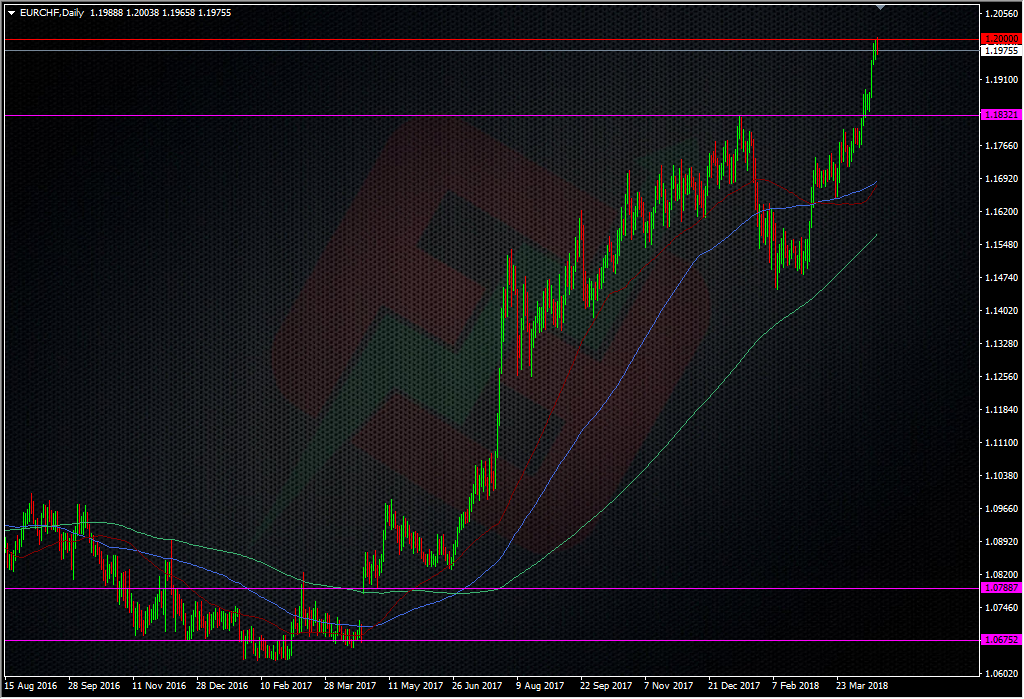 That will bring the 1.18 area into play and where longs might look to park the bus .Again, we’ll have to let the picture develop. Above 1.1800/30 we have some action around 1.1880, and we can probably safely assume that 1.19 will hold some support too.

At the moment, I’m happy top play a buy stop still at 1.2010 but I’m going to look at tight shorts into 1.20 for today. Usually I’d be worried about so many tests of a level but the sell interest here looks very strong and with the weekend coming, the buyers may not want to be holding a big whack of CHF shorts in the current geo-political landscape over the weekend. I have a mind to too look at 1.1995/99 shorts with a tight stop at perhaps 1.2005 or 1.2010. I may even revise my buy stop a bit higher just to stay out of any noise. So, that’s a look at the trading side but what’s actually going on in the market?

We had some indepth discussions in the Live Room yesterday about what might possibly be going on up here. KMan thinks that one possible aspect is that the SNB is could or should be playing both sides of the fence and is using the run up to sell some of their prior EUR holdings but also diversifying into other pairs. One aspect is they roll out of EURCHF buys by selling other EUR pairs like EURUSD and EURGBP. Basically they’ll spread the EUR load into other currencies. But, they could also just be selling some EURCHF too so there’s less need to hold other currencies. I’m hoping he’ll pop into this post a little later to give us a bit more on that. It’s also obvious that the SNB would want EURCHF higher so they could just be sitting back and letting the market do its thing but perhaps could be lending a very small hand to the dips, and I mean very small but just enough to keep the buyers thinking they still have the ammo.

There’s lots of arguments and conjecture to be had and it does us no good to get bogged down too much in that. If you want the simplest view of all, we have 1 line (1.20) and either the price will go above, or it won’t, and so we trade it accordingly. Until we get to the end of this film, we have the ways and means to set our trades up with low risk so we can sit back and watch the show knowing we can catch whatever ending we may get. There’s no need to be a hero in trading, and the scars still run deep for some people, who traded this pair 3 years ago.

To get right to the heart of all the discussions among the ForexFlow traders and hear them first, sign up for a trials of our Live Trading room here.