What should we look for now that this particular elephant has seemingly left the room?

The break has happened in US 10 year bonds. After threatening and threatening, the level gave way. We’ve just seen a spike up from the prior 3.018% high to 3.03% , that’s quite a move. The first big question is will this move be sustained or have we just cleared the pipes, got it out of our systems and a more balanced market will resume?

We’ll get the answer by continuing to watch the 3% level for a while longer. We’ve a single point to watch and that will decide things from here. Either we’ll stay above 3% or we won’t. 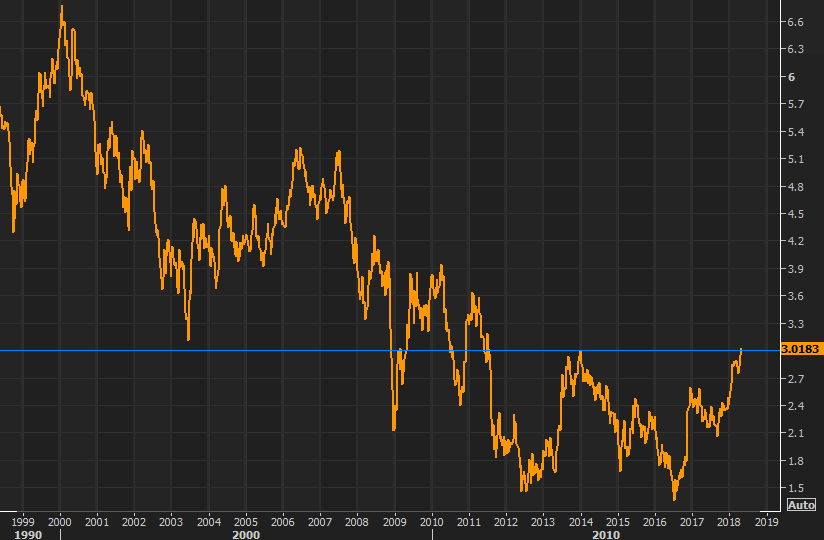 For the dollar a continuation of higher yields should continue to support it but there’s certain nuances you have to know when looking at the US yield/US dollar correlation. Firstly, when yields are dragging the dollar, there always comes a point where after a while the relationship detaches. That usually happens when there’s an accelerated move in yields. If yields rise today to something like 3.05% or 3.1%, at some point during that, the buck is likely to stop responding.

Secondly, if we see a more violent move in yields, that can often have a negative effect on the buck. Bond markets like things nice and calm so a jump in volatility gets people spooked and that often sees the dollar sell off. Remember, in some circumstances, rising bond yields are a sign of stress and worry.  We may have already seen a sign of that with this 3.03% spike and USDJPY dropping.

Both the above I’ve noted over the years of market watching so it’s somehting to consider. As with many correlations, you can’t just jump in and shut your eyes, you need to watch for signs of them breaking down, either temporarily or perminently.

So, what’s next for the dollar?

It’s clear what USDJPY though of the move up to crack 3% as it bounced from the low 108.50’s back thorugh 109.00. We’ve also just taken out yesterday’s highs but cloud watchers will be noting the top of the daily cloud at 109.30. We’ve also still got Japanese exporter interest on the offer layered up to 110 and possibly beyond. There’s also suspected barriers at 109.50 and 110, so there’s still plenty of resistance to keep the pair in check. On the otherside, rumoured Japanese importer interest into the month-end should help provide support. 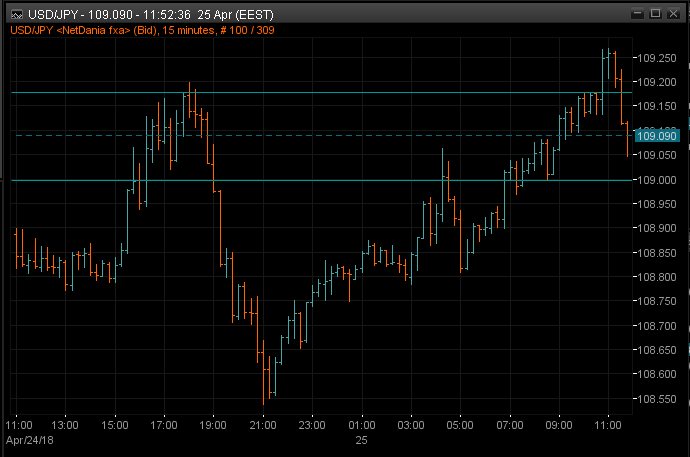 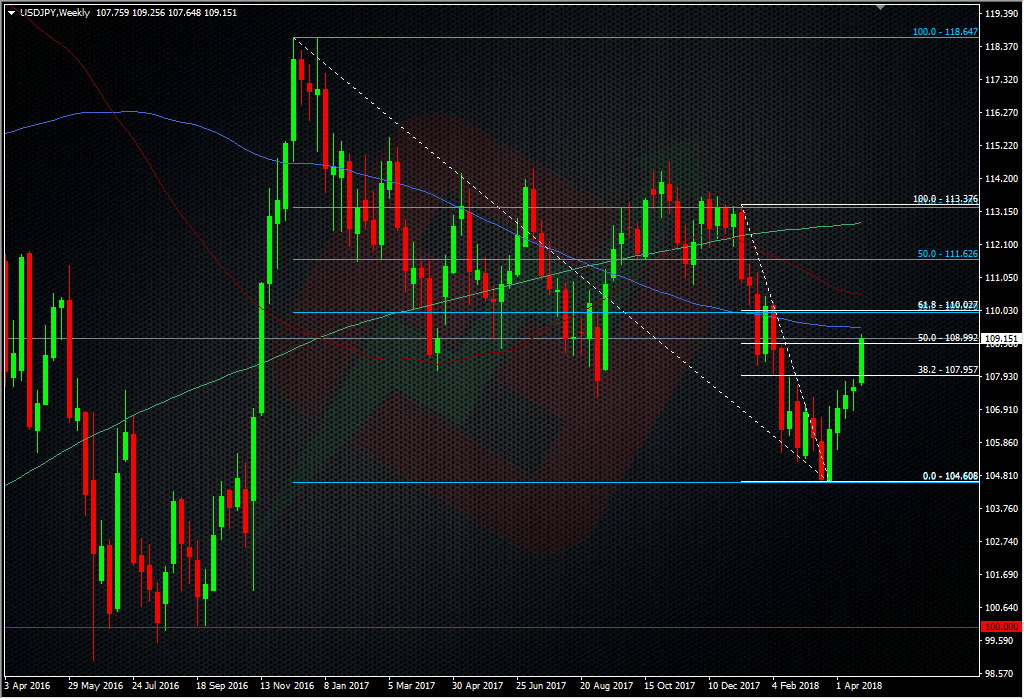 That makes the 110 level another potential tough nut to crack and one where longs might want to consider taking money off the table, and where shorts are likely to consider pushing for a move lower. If we do get confirmation of barriers up there, that will add to the resistance picture also.

Form here, we’re still very much in dip buying mode and buyers will take additional comfort if those dips happen while that yield stays above 3%. If it drops back again, then buyers beware.

I still feel there’s some nervousnous surrounding the USD rally and that showed itself last night with that fairly steep pullback to the 108.50’s. The pair hadn’t blinked since the move from 108 but that drop showed traders were ready to cash in quickly at the first real signs of trouble. That injects some extra caution to trading this pair and it’s still wise to keep stops fairly tight if intraday levels fail to hold. If you’re looking for where the strongest levels might be, that’s now at 108.75/80 again and into 108.50/55 again. A break of those will spell more trouble.