The Carney review: Stupid is as stupid does 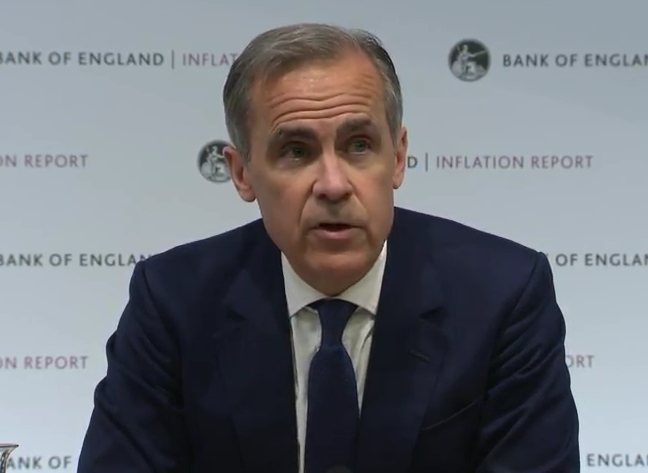 A review of Carney’s comments and performance.

The biggest take from the presser was that it’s not really a surprise that the majority of the press doesn’t know its arse from its elbow when it comes to trying to understand central banks. Repeated questions on why Carney “got it wrong”, when quite clearly he didn’t prompted him to says to one journo (about to ask the same question as others), if you repeat a question, expect to get a repeat answer.

The bank is data dependent. It has always been data dependent, 99.999999% of all central banks are data dependent. They were data dependent in Feb when saying that rates MIGHT need to be raised sooner and faster IF the economy performed in line with the Feb projections. It didn’t, yet even when the BOE removed that language in March, hike expectations for May didn’t reach their crescendo until April! No wonder Carney spent all day answering the same thing over and over again. The BOE has hardly changed tack at all. It has to sway with the data but even that’s worrying when Carney’s deputy Broadbent is basing the economy “reasserting” itself on the fact that prior studies have shown a weak weather related Q1 usually shows a strong rebound. For one, as all financial disclaimers spout, “past performance isn’t indicative of future performance”. Secondly, the worry is that the ONS have repeatedly said that the weather was only a very small factor in the poor data.

So we’re left with more questions than answers.

Those are the questions that should have been put to Carney but the bozos from the press were more interested in crying over spilt milk. Maybe Carney will be thankful that he didn’t have to answer questions like that. Fortunately, the astute followers and traders of ForexFlow will know what they should be watching for going forward, and not what the crack pot press might be saying.

I’ll repeat this until I’m blue in the face. The BOE need rate margin, just like the Fed is doing. The problem is that the UK is affected more by rate movements than a lot of other countries, so they really need the numbers on their side. The BOE is in a trade. They’re ‘hoping’  the economy bounces back so they can raise rates but they’re not telling us what their stop loss is. Hope and bad planning are not good trading strategies and the BOE could be in big trouble if the UK economy doesn’t bounce back, and the press can quote me on that 😉