How are Europeans continuing to fare after the crisis? 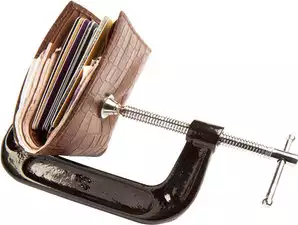 Household incomes factor greatly in the ECb’s thinking so how are Europeans doing?

Eurostat has released its latest ‘Living Conditions’ report covering 2015/16 and it shows that disposable income across the EU 28 states rose by a median 2.0% before inflation vs 2015. In real terms, that rise was 1.8%.

Unadjusted disposable incomes were up in all but 4 countries (5 adjusted). 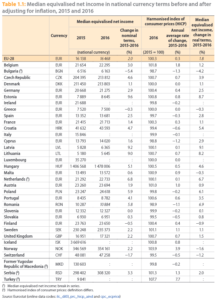 Incomes were strongest in the Nordic region but were fairly solid in the major Eurozone countries.

The main issue with these numbers is they’re lagging and that inflation was very low between 2015/16. That picture might be very different in the current year where inflation is much higher. Although the ECB will look at these reports carefully, because they are so far behind, the ECB are doing the same as every other major central bank and watching for signs that wages are rising vs inflation in the here and now. For the ECB, it’s important that wages and disposable income are keeping pace with inflation because if they are looking to hike, they risk squeezing those incomes further by increasing borrowing costs. That fear is another reason why they are so reluctant to put a date on possible rate hikes because borrowing costs will start rising well in advance of any hikes (this is something the ECB monitors closely and detail in their mon pol statements). That has the effect of bringing that squeeze much sooner. But, alas, it’s the old ‘rock and hard place’ scenario because they also need to provide enough warning that rates will be going up so that people can prepare.

Central banks like the ECB, BOE and Fed are walking a very fine line between normalising policy and stopping that policy from tipping their citizens into another debt spiral. We do have signs of some warning flags being prepared but none are really being raised yet. The first places these will appear will be in data like retail sales and house prices. They are usually early indicators of a slowdown in consumer spending. If that’s twinned with a rise in debt levels, then we’re potentially looking at problems that will bring some sleepless nights top central banks hopping to raise rates.

Economies and households are obviously much stronger that in the crisis days but that doesn’t mean they’re not still very fragile and it won’t take much to tip them over.

For trading, we know the numbers that need watching it’s the underlying trends that are important. If we get a run of house price falls or poor retail sales, that will be a signal that central banks but hold off hike rhetoric, and thus FX will reflect that.