Trade update for my USDMXN and USDCNH positions

I’ve been popping up quick updates on the GWTF posts but it’s always good to have a proper assessment of your trading positions, especially for the longer-term ones.

USDMXN has been the trade that’s been stewing longest in the slow cooker. For those that may not know about this trade, this was a short taken back in June ahead of the Mexican elections and in the midst of all the NAFTA shenanigans. I’d like to say that it was my own well-thought out analysis that got me into this one but it wasn’t. This was a trade taken after some outstanding analysis from my colleague K-Man.  He and some of our trading roomies chewed this one over for a while and a plan came together that we all jumped on. And what a plan it was. I’m still sitting on shorts from 20.70 and I chopped bits off all the way down to my latest slice today at 18.80. (I had added some back in at 18.97 on the 10th).

Technically, I want to see a proper break below 18.80. 80/85 has been a stubborn bugger but it’s looking weaker now we’ve had a couple of cracks appear today. Still, a crack isn’t a full-on break so that keeps things in perspective. Below 18.80 we face the next support around the low 70’s. that should be easily achievable if we can get and hold under 80. 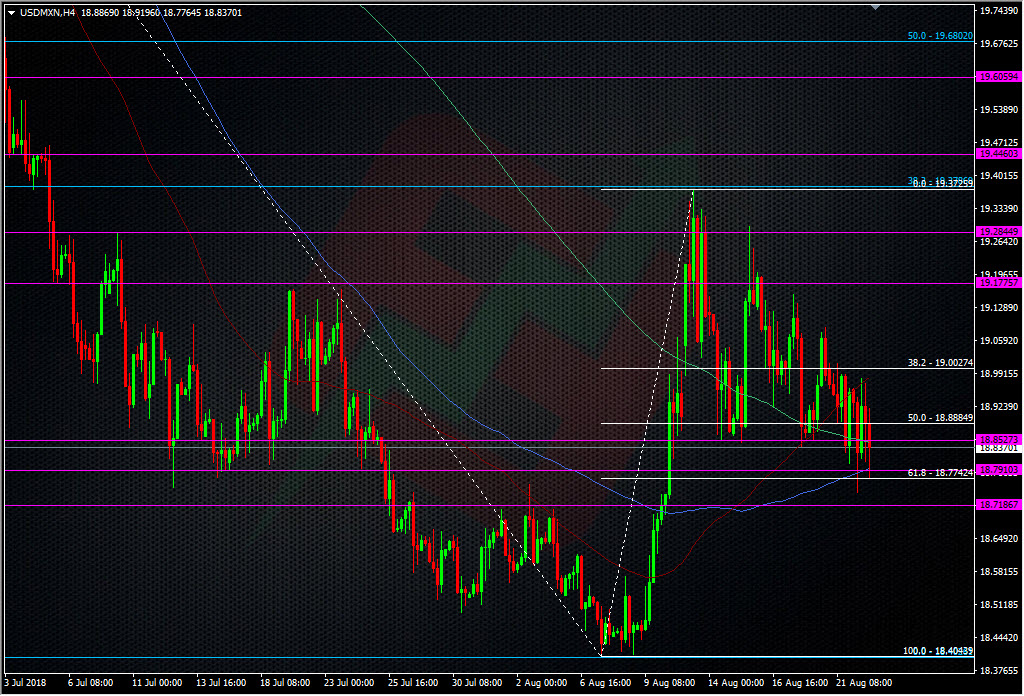 The main drivers of this trade were the positively received elections and by Mexico and the US getting close to a NAFTA deal. I’m going to be very cautious about any final announcement on a deal as that would complete the reasons why I took the trade, and as that was the trading plan, keeping the trade after is a whole different game, even from a technical standpoint.

If we do get another NAFTA drop on confirmation of the deal I’m going to cut out most, if not all the position, then review the next possible opportunities. I think there’s still scope to see further push down to the 17’s or under and we might have been there already if not for the blowing up of EM and LATAM currencies. But, that’s a moot point in the grand scheme of things. It’s been a great trade and one that I’ve squeezed the juice out of more than a lot of other trades but that doesn’t mean it will last forever. As traders, if we have a plan, we have a start point and an end point, and that’s all we should stick to rather than turning it into something else.

My USDCNH short is another in the pot. This trade was purely trading on the barriers and official Chinese interest to defend 7.00. A pure front run. I wanted to try and get in as close to 7.00 as I could get but I have a weakness in that I always go too early. I saw 6.95 and my eyes lit up and I jumped in. It was earlier than I’d planned but I’ve learnt to counter that by going in smaller than I would have done at my preferred levels. That seems to quench the FOMO in me and allows me to relax and have patience to try and get the rest. Fortunately for me, that plan worked, in the sense that I got in very close to the top (so far) and I wouldn’t have got my preferred levels If I’d have waited. It’s not as big a position as it would have been higher up but it was right and now it’s in the money, and that’s all that matters.

Technically, there’s a hell of a lot of ground this pair could take back as it’s been a one-way train for most of the year. 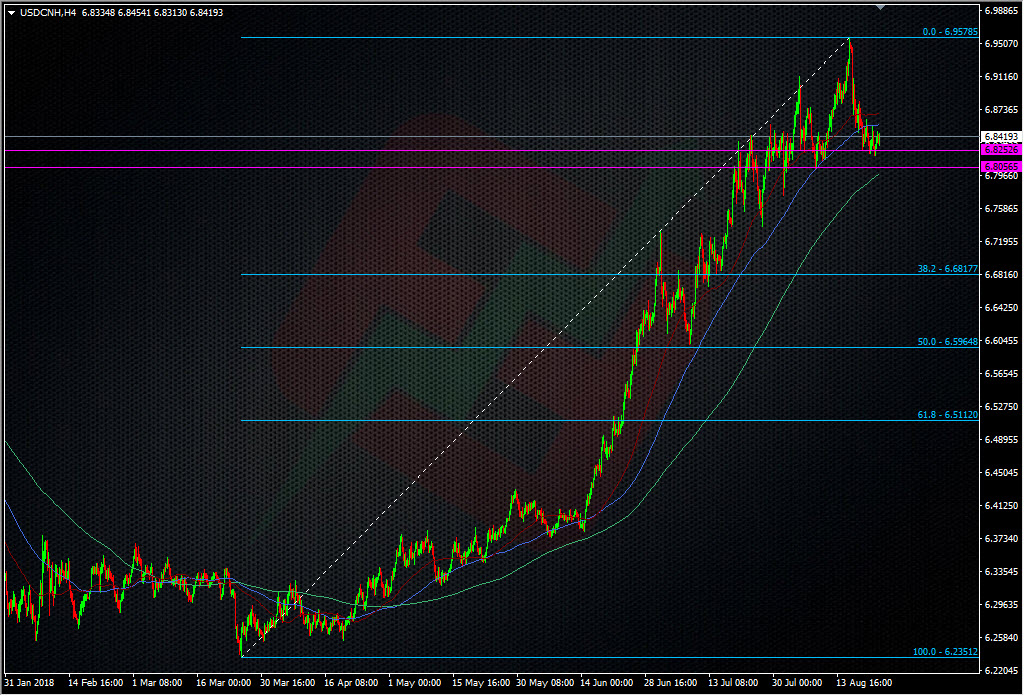 A sign of the size of the rally is that the 38.2 fib is miles away. What I want to see from this one is a near-term move under 6.80. It’s been in a similar position to USDMXN on that front with the 80/85’s playing tough.

This is one pair that could be a huge mover if this trade crap can be resolved. While this week we have a “low key” meeting of representatives from the US and China talking trade, don’t rule out some favourable headlines. Don’t also rule out the market getting disappointed if there’s none, even if that’s the expected outcome. There’s always some who do get expectant. That could mean a push up towards 6.90 in a short-term move. That’s an area I might think about adding another bit to this short.

One thing we don’t often talk about is the costs and carry on trades and yet it can be such an important factor. In this case I’ve got small negative carry on short USDCNH and a very good positive carry on short USDMXN. That’s also another reason why I might hold a small bit of my USDMXN after a NAFTA deal, because it will pay for the USDCNH if I have to hold it for a while. Something to bear in mind when you’re trading longer-term.

So, that’s where I’m at right now on these two. Lot’s to watch and analyse, mostly headlines rather than data but that makes it all the more fun.