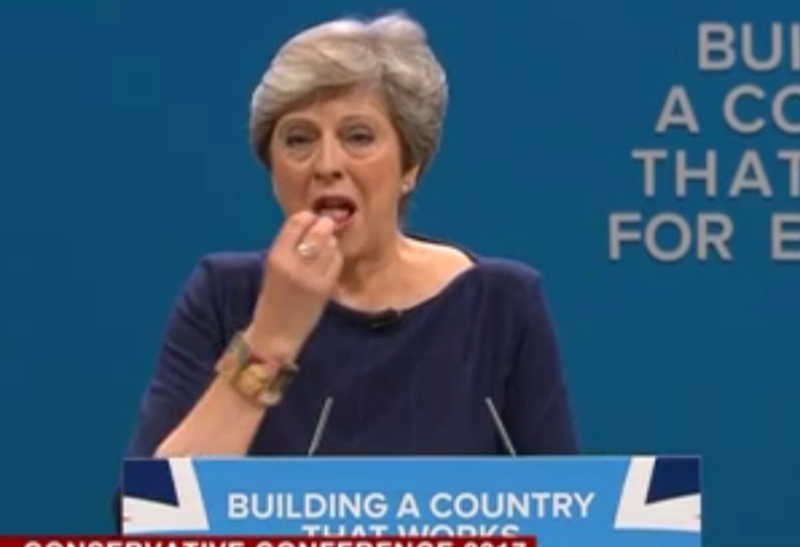 Theresa May is giving what some are a calling, the most important speech of her career

Sometime around 10.30 GMT, Theresa May will be closing up the Conservative party conference. There’s obviously massive focus on her speech and it’s possible ramifications for Brexit.

There’s already some bits and pieces floating about on what she’ll say. Most of it is on general policy and we’ll get the same message as Boris on how well the party is doing and will continue to do so but it’s being said she’ll call for members to ignore Boris Johnson’s ideas from yesterday.

As this is a party speech, not a leadership speech, I expect her to take a fairly light tack on the mess her party is in and will preach unity for the sake of beating Labour and for moving forward on Brexit.

What will be important is how she sends a message to the EU. Salzburg was a disaster and she could use this speech as a bridge building exercise and to tone down on some of her rhetoric. I don’t expect any complete change in her stance on Brexit but it might not make the UK’s position seem as harsh as she supposedly did in Salzburg. If she does that then the pound will find some comfort from that. Expect lots of the same old “Chequers is the only legitimate plan”, “we expect to get a good deal”, “It will be good for the UK and enable us to become a strong nation” blah blah blah.

If she sounds unchanged in her tone from Salzburg, and starts talking tough about negotiations in Europe, then we’re going to find the pound pressured as it will mean we’ve further confirmation of brick walls being built on the UK side, and thus the greater prospect of a no deal.

We shouldn’t expect any major Brexit policy shifts but we should be ready just in case.

As well as speaking on Europe, I suspect she won’t try any self-promotion about her leadership nor make any reference to any challenges but don’t rule it out.

If she comes through the speech strongly then again, the pound might take that as a good sign that she’s fit and ready to fight the battles ahead. I hope she doesn’t suffer the same coughing fit she did last year.

The last important thing to consider won’t just be how we judge the speech as it happens but how the press will judge it after. You should know by know how the UK press can make or break sentiment and their reaction will be key for how May’s speech is judged, and the pound will move on that view.

There’s probably going to be more market attention on this than it deserves as I repeat, this is a conference to show the virtues of the Conservative party vs the opposition. It’s not a platform for Brexit negotiations or leadership battles, hence why Boris gave somewhat of a minor rallying call to get behind May.

As ever is the case with these sorts of things, expect the expected but be ready for the unexpected.

You’ll be able to follow May’s speech via many sources but this is the one I used yesterday for Boris.