Eurozone data is compounding the view of traders who are thinking that Draghi might once again look to kick the QE can on ending QE tomorrow. The ECB have persistently said they can go both ways on QE and policy, as the economy requires. Today’s data is putting that theory to the test. The problem is, Draghi has recently been saying that the ECB see a broad based improvement in the economy, yet the numbers say otherwise.

Will Draghi be forced to go on the defensive and say that they’ll kick the QE-end can into 2019, or will he be forced to stick to his view that the economy is doing ok? Whatever his decision, it’s going to be volatile because if he brushes off this data and says that QE is ending in Dec, he’s going to catch all these sellers wrong-footed and we’ll shoot higher. If he does say that QE won’t end in Dec, we’re going to see more sellers piling in, as the whole QE and rate outlook gets pushed further down the 2019 calendar.

Back to EURUSD, and technically we’re close to a cliff edge. 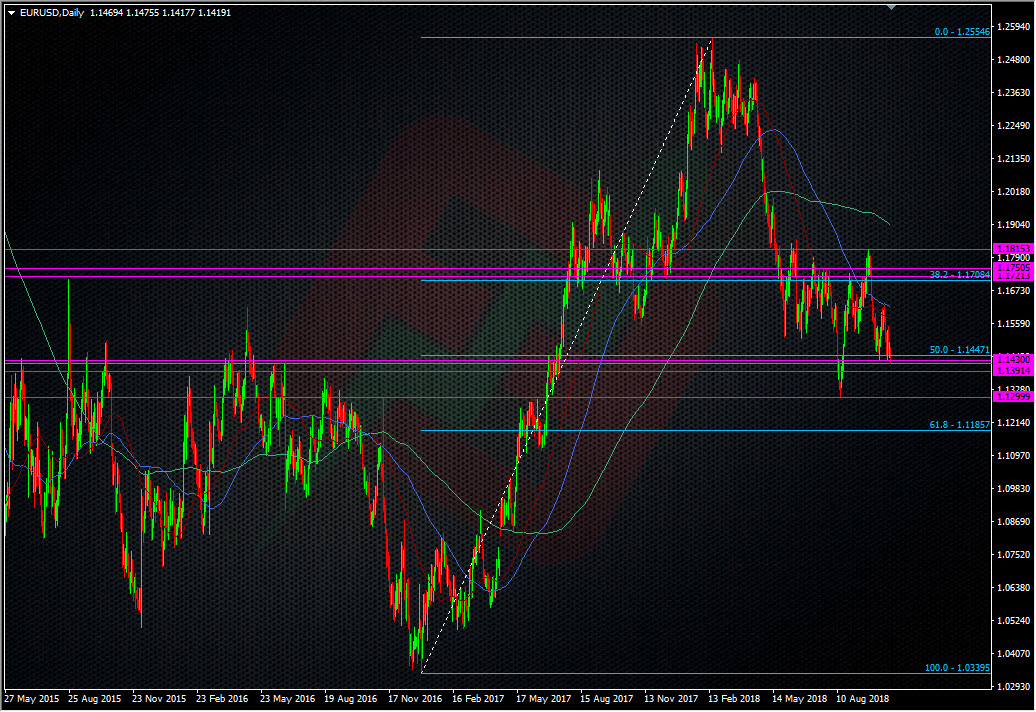 Neaby resistance has started showing at 1.1430/40 and holding below keeps the break in place but that potentially puts us in a tight battle between there and 1.1400.

I’m currently torn on what Draghi will say tomorrow. Central banks tend not to react to single data points yet if we look at the PMI’s, they’ve been trending down all year. 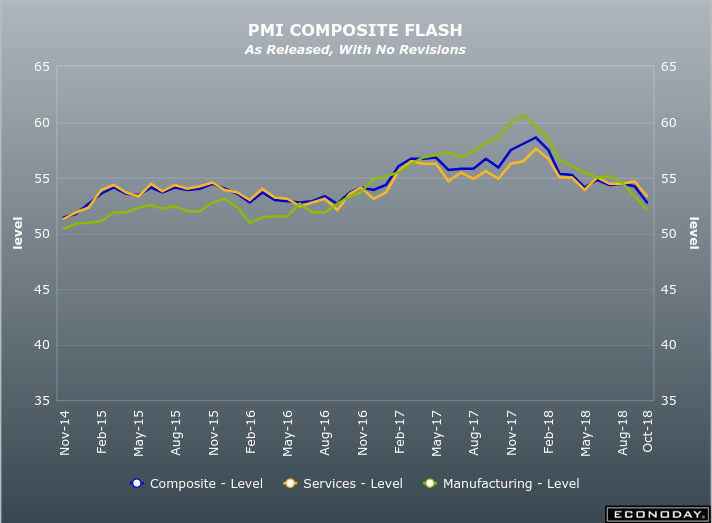 That looks less than “broad based expansion” to me.

The saving grace is inflation at 2.1% but then the core is less than half that, and that’s a worry for the ECB.

For me, it’s a complete coin toss on what happens tomorrow and I suspect it’s going to be the same for many traders in the market. Sellers are making their mark but the further they push the euro, the higher the volatility will be if they’re wrong.

Until we find out exactly what’s going to happen tomorrow, the downside is the bias so factor that in to your trading. Right now, we’re close to 1.1400 (1.1407) so the first big support test is here.