There’s several main forces at play in the pound trade, Brexit, monetary policy divergence from the US and the economy. Brexit obviously covers a huge swathe of issues, including the fundamentals, while the rate divergence is more simple. The mood for the pound is very dark right now and probably darker than it’s been since the vote. There’s not a ounce of positivity to be seen anywhere. That’s making it very hard for longs to stay in and now the costs for doing so are increasing.

Part of looking at the options landscape is not just for the expiries but what the picture tells us about how the options market is pricing events and outcomes. At the moment, it’s becoming far more costlier to hedge GBP positions against a downside move. A look at the implied vols show how the market is viewing the pound right now from the options side. My usual indicator is the 1 month At The Money vols. Anything 7% or less tends to indicate a calm, less volatile market but as you can see from the chart, GBPUSD vols are anything but calm.

You’ll particularly note the period that’s highest is the time leading up to and over the Brexit date in March 2019 (2m-6m). Aside from stating the obvious, that there’s tons of volatility, this will be reflected in the price of hedging. At the moment, it’s getting very expensive to hedge with puts. In fact, protecting against the downside is more expensive in GBPUSD than any other major pair.

What does that mean for the price?

Whether the costs to hedge the downside is, or will become, prohibitive depends on the position but it’s not just longs or specs who need to protect themselves, firms and businesses like importers will also be looking to hedge. If the costs to hedge to become too expensive then that can force traders to liquidate longs and firms to go to market early to get their rates now. It can all lead to a snowball effect where we see the pressure finally break something and we get a big blowout.

I don’t quite think we’re there yet, and these vols have been running fairly hot at various times since Brexit started but looking at them now, and we look well on the road to problems, as the chart of the 3m ATM vols imply. 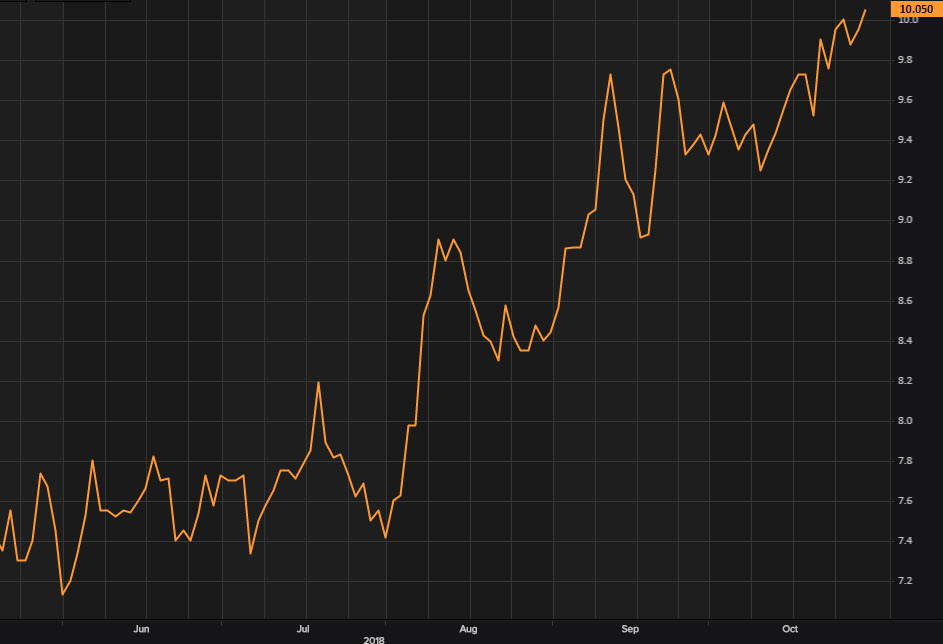