An update on USDMXN after Banco de Mexico raised rates 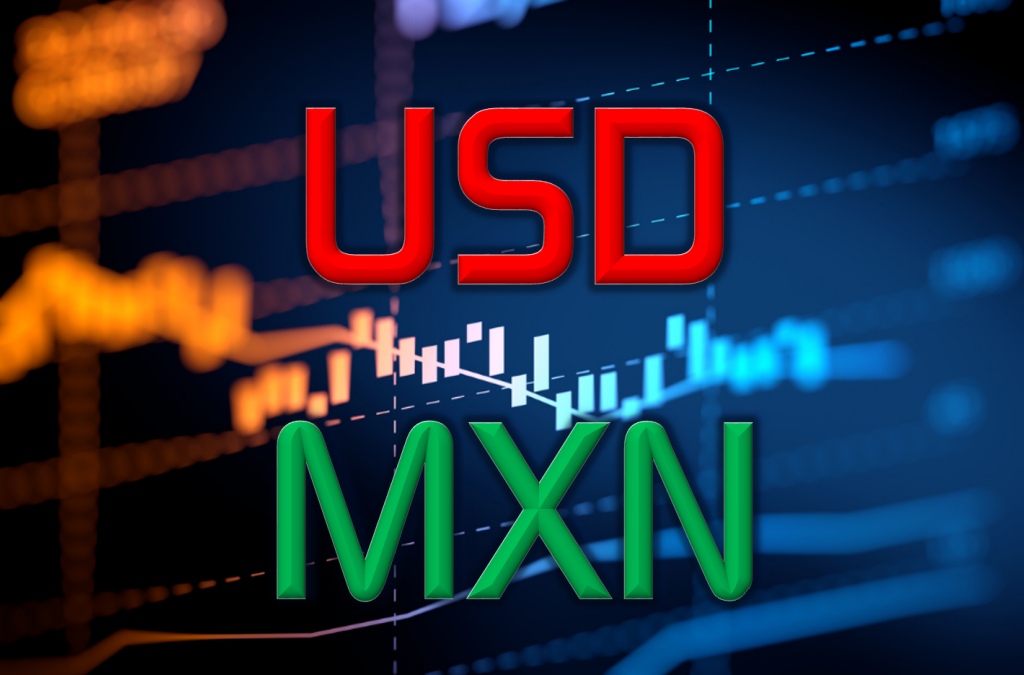 What does the technical picture in USDMXN look like now?

For those of you who follow this pair I wrote a comprehensive (for me anyway!) piece last week.

I thought I would give a quick update a week on.

What we know. Well, Banco de Mexico raised interest rates by 25 basis points which was widely expected. Keeping in step with the US rates rise. Outlook was somewhat downbeat and I expect another rise in Feb, I think. Again, this is assuming the US raise in December as expected.

There was no real news coming out of Mexico that alarmed the markets and not a peep really from Canada re NAFTA mk2. Oil, (WTI) seems to have found a base around $55 which in turn has stemmed the bleed in Mxn as well as Cad. On Friday afternoon we saw a decent sell off on USD with the 10-year falling back. This really helps Mxn.

On the chart side of things, we will look at 2 time frames. The H4 and the Daily.

First up the H4 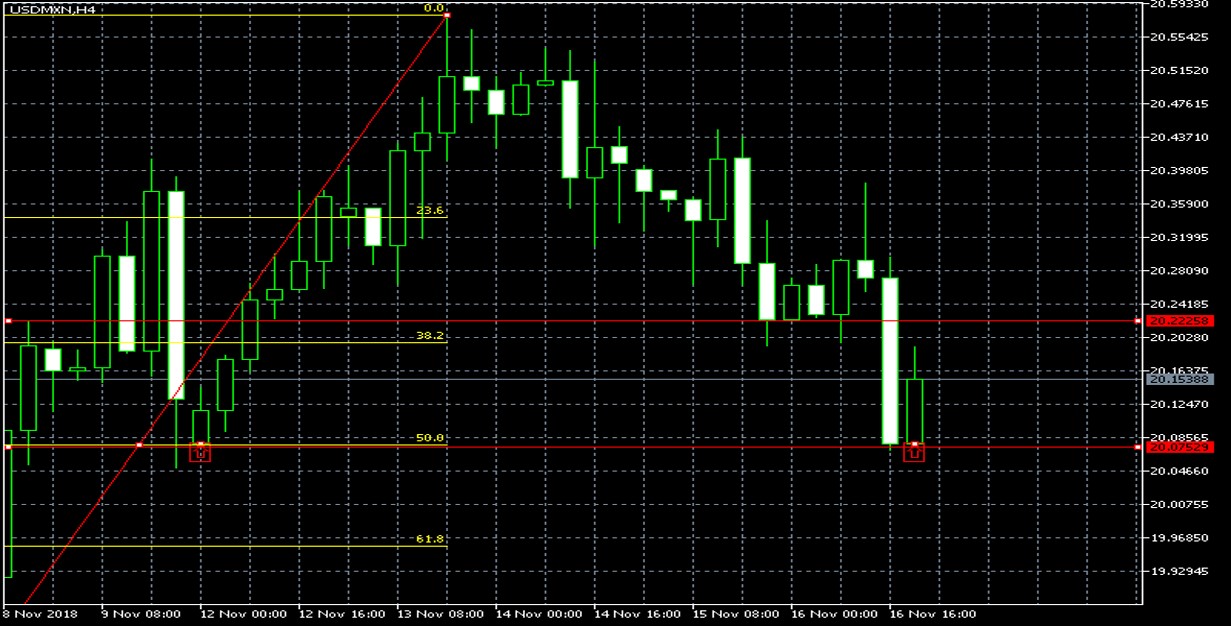 As you can see the Fib is playing out well here with clear support being found 50.0 retracement late on Friday. Notice as well how the support at 20.20/22 which was after the rate cut, again around the 38.2 retracement. Next stop on the price action falling will be the 61.8 retracement. This is the big one for me and well worth a long on a tight leash. The daily chart will highlight why.

Here on the daily chart you can see the trend line and where the H4 61.8 level comes into play, a key one, I think. If you also over lay a daily fib from the 28th sept to the same top then there is a lot of traffic supporting the price action on the downside.

On the upside we obviously have the top in place at 20.55 and slightly further up we have the pre-election high of 20.96. I would imagine there would be a lot of selling going on there and if it breaks a prudent play would be a buy stop to nab a bit of the momentum. Beyond that there is very little in the way of resistance other than 21.40 and 22.03 the record high. For us to be there one of 2 things need to happen. The Fed continue at the rate of 4 hikes a year taking rates to the 3.5% – 4% band and or Obrador when he gets sworn in (in 2/3 weeks’ time) to really get his leftist agenda up and running which is seen to be anti-business.

Things to watch out for this week is USD. Did we start to see cracks in the strength? Or was it USD longs taking profit before piling back in? Keep an eye on oil. Has the bounce been dead cattish? We may well waffle around the $55 level for a while. I’m not convinced we’ve seen the bottom.

On the local front the formation of a national guard might be seen as a very negative move. Also, the migrants have arrived at Tijuana and this might awaken the US tweet monster in chief.

In the US it’s thanksgiving so from their side of things it’ll be relatively quiet. Watch for the housing data. Cracks might be beginning to show there and might add to more Usd being sold. PMI’s at the end of the week will give the market a shove due to less liquidity than normal.

We have the risks and we have some good levels. As always with this pair, go small and play with wider than normal stops. I continue to hold short long term, and continue to play both sides short term. Have a good trading week.