What did we learn this week? – BOC’s Poloz pulled another Jekyll and Hyde routine 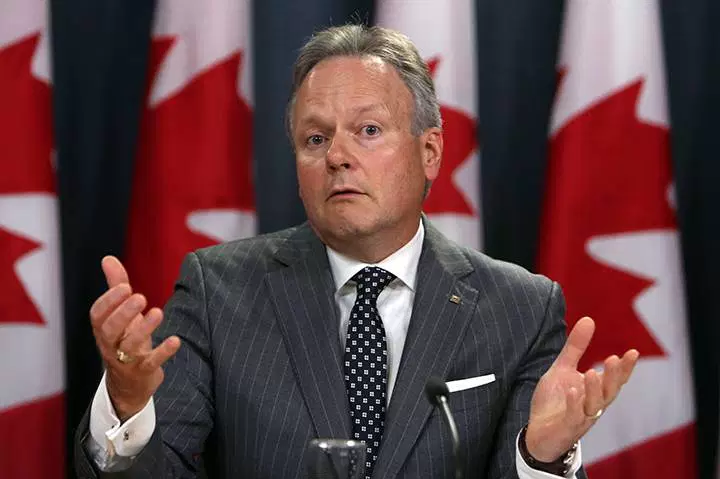 What rocked out boats this week?

Another whirlwind week draws to a close. Is it me or are they flying by? Only two more to go and then we can all have a break.

We started the week on a positive note with the Trump/Xi love fest at full bloom. Statements were S.W.A.L.K by the US and pretty anaemic from the Chinese. The market rejoiced and gaps sprung open everywhere. Oh, what joy! That lasted a relatively short time when the market caught up and realised this was yet another bunch of loose waffle with no agreements whatsoever, just a stay of execution for extra tariffs. You can’t polish a turd but you can cover it in glitter, and that’s what the market got. Gaps got closed and the can went whistling overhead. There’s been some vague promises thrown around and Trump’s pumping his negotiators to get a deal done. The market is watching the clock.

Brexit continued to be the self-imploding gift that keeps on giving. By the way, I’ve patented the film rights to it, I just can’t decide whether to make it a slapstick comedy, a horror movie or a disaster movie? We’ve had court cases, the government losing key votes and the usual slanging match between both sides of the Brexit fence.

It’s possibly the biggest week of Brexit so far next week as May’s plan goes up for the vote, and we get a full judgement from the ECJ on whether the UK can unilaterally cancel Brexit (an “opinion” from the ECJ advocate general said they could”). That is due to come suspiciously on the 10th, with the vote on the 11th. May lost a vote on what happens next in Brexit if she loses the vote, and one on being in contempt of Parliament for withholding the Brexit legal text. She’s finding wins hard to come by.

The pound seems locked in with its pricing of Brexit as we await the vote as the headlines this couldn’t force a meaningful break either side of the 1.2700/1.2800 range, though we’ve been outside either level briefly on both, and pretty much by equal amounts. Such is the negativity of Brexit that the downside looks the hardest path and the upside is the bigger risk for the price. Do not fear, we’ll have a special Brexit trading post for you before the key events. This is the last weekend for the politicians to hit the Sunday presses and political tv shows so stand by your beds for some last minute jockeying from the leave and remain camps.

The data was largely softer for the Eurozone, and largely ignored by the Euro, he same could be said for the US data, which has been more mixed but the market is still looking for the neutral zone and Dec hike odds fell again this week. I think the market has overdone it but it’s pretty much priced out a hike next year vs the Fed’s expected three. I feel there’s a long USD trade to be had on that in the run up to the FOMC.

That just leaves the arm flapping Poloz of the BOC to chat about. The monetary policy meeting took centre stage on Wednesday and what should have been a rudimentary can kick turned into a frenzy as Mr “Changes-his-mind-like-the-weather” Poloz decided to drop some bearish comments on the short-term outlook for inflation and the economy. I love the bloke for his ability to bring volatility but not for his Dr Jekyll and Mr Hyde central bank performances. As you can imagine, CAD got gut punched and USDCAD stormed up to the 1.34 handle from just under 1.3300. A barrier in place held the first attempt and the trading room jumped in front of it for some decent and quick pips. The second wind next day took us through to up near the mid-1.34’s. We walked the 1.34 line until today when a strong jobs report sent the doves packing and we fell from 1.3400 all the way down to 1.3254, where some decent tech marked the bottom. Again, the ForexFlow traders were all over that and the cash registers started ringing again. We’ve gained back 1.33 since and now we wait for the next driver.

I’m not going to talk about oil. We had the usual OPEC meeting headlines coming thick and fast. One minute there was agreements, the next there wasn’t. It was Iran’s fault, then it was Russia’s, then Iran again, then Russia again…. and there you go I’m talking about it. There’s an agreement and everyone seems happy. Well, everyone except for oil, which has given up pretty much half of the OPEC gains.

On the trading front, some good scalping this week. I’ve also had good trades that I had to give some back on remaining balances getting stopped but I’m happy to do that if there’s already been profit taken, and I’m giving some of that back rather than taking a loss. This week the tech and levels played nicely, whereas they weren’t so keen last week. Once again, the guys and girls in the room are trading magnificently and the teaching and learning continues to impress me, and the folks who are on the end of it.

My gratitude as always goes to my colleagues and the roomies for making this all worthwhile, to the readers, the tweeters, the instagramas the facebookers and everyone who comes to ForexFlow.

Have a peaceful, safe, and wonderful weekend.