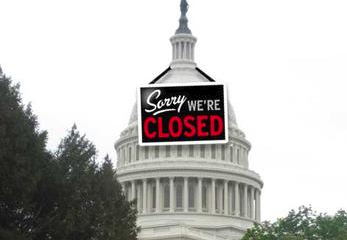 When should we start to look for an economic impact?

Friday is crunch time for a lot of Federal workers as they are due to miss being paid due to the shutdown, unless the situation is quickly resolved. There have been instances when special funding measures have been put in place to pay workers but that doesn’t seem to be the case this time and so there’s going to be a fair amount of people who will have to juggle their money to pay the bills.

There’s some 400k essential workers working without pay, and nearly the same amount who have been put on unpaid leave. That’s a significant amount in itself and things will start getting tight for many of those past Friday. The spillover is far more widespread as private contractors and firms will also not be paid on invoices and contracts.

The obvious effects could be seen in things like consumer spending first but it could then broaden to wider spending and investment, as well as developing backlogs in business. It’s all a matter of time. The longer the shutdown runs, the greater the knock-on effects will be.

We won’t see an immediate impact in the data (for one, because we’re not getting any from the government) but the longer this goes on, the more we should expect the Q1 months to come in on the soft side. This also means we’re going to have to rely on the private survey data more than ever. And, importantly, we’re going to have to look closely at how much of an effect the shutdown might be having vs how the economy is doing generally. If the economy seems to be doing ok, after stripping out any shutdown related weakness, we still might find that the Fed looks to buy time on further rate hikes so they don’t add any additional pressure on those workers who might need to catch up on their finances. The last thing folks need is borrowing or debt related costs rising when they’re trying to catch up on bills.

On the other side, the shutdown is going to become a well used excuse for brushing off bad data, whatever it is, just as the weather was used a few years ago. The excuses will only get them so far so it’s up to us to dissect the data to analyse how the economy is doing. That’s going to be important for our trading because we could have false or inaccurate signals from the economy.

In the wider picture, I think a possible prolonged shutdown effect on the Fed is the cleanest trade to look at, as that could mean they delay hikes and then play catch up themselves when things settle down. At least we’ll get to hear about that regularly, with FOMC meetings now having a presser after each one this year.

For now, an early resolution would render most things unchanged but if we hit the second month of shutdowns and missed pay cheques, the situation could start to snowball. Conversely, if we get a resolution quickly, you can forget all the above.